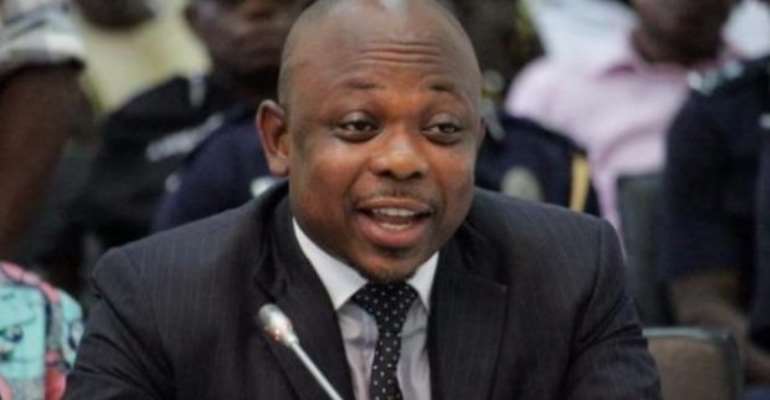 A former deputy Minister of Interior James Agalga has asked government to fully implement the recommendations of the Ejura Committee report which probed the disturbances.

The three-member committee was set up by the government to investigate the violence at Ejura in the Ashanti Region that led to the death of two persons and caused injuries to injuries.

The committee submitted its report to the Interior Minister on July 27, 2021. But the government delayed in publishing the report which led to some agitation from the affected families and some section of the public.

However, the government on Monday, September 27, 2021, through the Information Ministry published the report.

Per the report, the committee amongst others recommended adequate compensation for the families of the two deceased persons, Abdul Nasir Yusuf and Murtala Suraj Mohammed.

It recommended the removal of the MCE and the Police Commander for Ejura.

But Mr. James Agalga in an interview with Citi News said the government must swiftly implement the recommendations by the committee, and not repeat its handling of the Ayawaso West Wuogon commission of inquiry report.

According to him, the Minority will accept nothing other than the full implementation of the recommendations made.

Mr. James Agalga also expressed his belief that the government was compelled to release the report due to pressure from the families of the victims.

Mr. Agalga said the government would have faced a huge embarrassment if it kept shelving the report amid the families' calls for its release.

“I want to think the government has released the report because provisions in the right to information act, clearly, were invoked by the families of the victims so it was becoming embarrassing so the government at the point felt compelled to release the report.”

What were the recommendations?

2. The immediate transfer of the District Police commander of Ejura, DSP Philip Kojo Hammond for his incompetence in handling the situation and also for the fact that his relationship with the community seems to have been damaged beyond repair.

3. The expansion of the Ejura Police Station and an increase in personnel.

4. The removal of the Ejura-Sekyedumase Municipal Chief Executive, Honourable Mohammed Salisu Bamba, since his continuous presence as MCE would exacerbate the already tense security situation in Ejura.

5. The Military Establishment review the actions of the section on the ground, led by Lieutenant Martin Opoku Adusei, for the inappropriate use of force, and apply appropriate sanctions.

6. The training of REGSEC, MUSEC, and DISEC officials in the Ashanti Region in Conflict and Crisis Management at the Ghana Armed Forces Command and Staff College at least once every year.

8. The National Commission for Civic Education should intensify its Public education in relation to the rights, obligations, and civic responsibilities of the people of Ejura.

9. All crowd/riot/crisis control units be made to wear bodycams, and all vehicles and mobile gadgets employed must also have cameras.

10. The establishment of Sports and Recreational Facilities in Ejura under the Zongo Development Fund, to rechannel the energies of the youth.