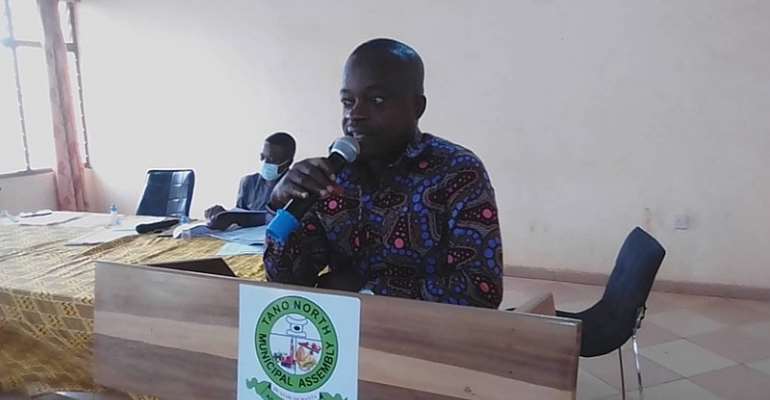 Hon. Ernest Kwarteng expressed his deepest gratitude to the President for retaining him as the MCE for the Tano North.

He also thanked the executives of the New Patriotic Party, Nananom, and other stakeholders for supporting him in diverse ways in the municipality.

He made these statements during an interview with Jewel radio, a local based radio station in Duayaw Nkwanta in the Ahafo Region.

According to him, he would collaborate with the relevant stakeholders to implement the policies and programmes of government to ensure the President's vision of Ghana Beyond Aid is achieved.

Hon. Kwarteng advised all members of NPP to bury their differences and come together to brainstorm for ideas to develop the Constituency so as to improve the living standards of the people.

According to him, he established a working relationship with the Assembly members during his first tenure and was willing to open his arms wider.

He played a key role to make the municipality acquires developmental projects in the various sectors of the economy such as health, education, roads, agriculture among others.

No machinations will break ordained Alan as NPP choice for 2...
38 minutes ago