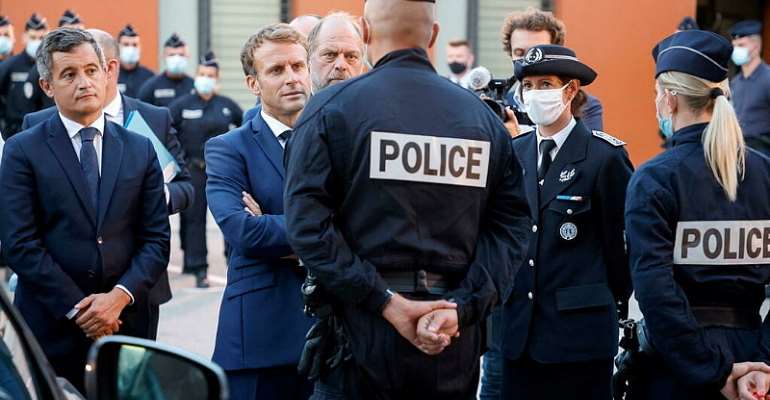 Two high-ranking police officers, an inspector and a sergent will face a disciplinary hearing and possibly face other sanctions after an internal police report revealed they had made errors of judgement in dealing with a domestic violence case which ended in a woman's death.

According to France Inter public news radio, which had access to the national police inspection (IGPN) report, four police officers of different levels of responsibility based in Mérignac (Gironde) southwest France, committed mistakes over a period of months with regards to the Chahinez Daoud case.

They are to receive a letter from the national police director in the coming days and will be questioned by an internal disciplinary council.

On 15 th of March, 31 year-old mother of three, Chahinez Daoud filed a legal complaint at the police station in Mérignac against her husband Mounir Boutaa for having locked her in a car and punching her.

44-year-old Boutaa had already been sentenced to jail for domestic violence and was released in December 2020, without an electronic bracelet.

In June, an initial inspection report underlined a series of failures in the police chain of command and judicial system in following up on this case.

For example, the officer in charge of taking down the complaint reportedly did not file the documentation correctly, and it arrived late in the judicial system.

It was also revealed that both the services in charge of surveillance of Boutaa after his release from prison and the police did not communicate adequately in order to locate the man before he returned to attack his wife.

On 4th May, the Boutaa ambushed his wife in front of her home in broad daylight, firstly firing at her before setting her on fire.

According to the police report, one of the key errors was that the family protection unit, experienced in these types of cases, was not contacted early enough.

Latest Photo Reports
Catch up with all the political quotes from our politicians.
Advertise here
More Europe
ModernGhana Links
French study looks into the pesticide risk of people living near vineyards
Former president Nicolas Sarkozy to provide testimony in polling fraud case
No one got out of the Batalan untouched - not even the survivors
French feminists take on Miss France beauty pageant for discrimination
Fuel hike headache for Macron as ministers vote on 2022 budget
PSG v RB Leipzig: Messi is settled in and ready to fire, says Pochettino
Former inmate who exposed torture in Russian jail seeks asylum in France
Macron's bid to reform French justice system a load of 'froth', say magistrates
Russia cuts diplomatic ties with NATO as relations with bloc plunge to new low
TOP STORIES