Family, neighbours of Takoradi woman in shock over alleged confession 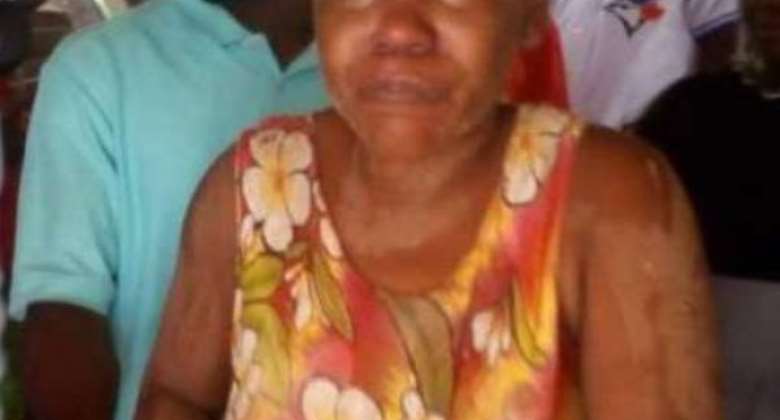 The alleged confession of the "kidnapped pregnant woman” in Takoradi, faking the whole process of kidnap and pregnancy, has thrown families and the neighbourhood into a state of shock and disbelief.

A visit to the neighbourhood by the Ghana News Agency saw groups of individuals and sympathizers trying to either come to term with the "new truth" from the Ghana Police Service while others were expressing different dimensions to the twist and turn of events.

Information gathered in the neighbourhood revealed that Josephine Mensah, the woman in contention has always been a calm and respectful woman to the admiration of all.

She is described by many as a decent woman, very calm with little or no friends.

Madam Ekua Atta, a neighbour, who confessed seeing her through the stages of pregnancy couldn't fathom her reason of denial.

She queried, " in fact strange things happen in this world indeed, somebody that I have always seen with the pregnancy growing can now deny herself... what might have happened...madam".

Meanwhile, Mr Francis Essel, an uncle of Josephine told this reporter, "I am marvelled at this revelation...I saw her myself,”.

He said he gave Panyin's hand in marriage adding that “I saw the first Pregnancy which brought forth Nyamekye. she also informed me about this second pregnancy...we cannot understand".

The Uncle admitted her calm nature and added that she loved football and played the game for a very long while in school.

Meanwhile, two medical reports from Axim government hospital and the Effia Nkwanta Regional Hospital have established that the woman was not pregnant or given birth in the last nine days.

Josephine went missing on September 16 and was found on September 21 at the Jehovah's Witness Church in Axim but without her pregnancy and the baby which had brought lots of tension in the Twin-City of the Western Region.

She is still in the custody of the Takoradi central police station for further investigations.