Canada’s 2 Michaels return home after 2.5 years in detention in China 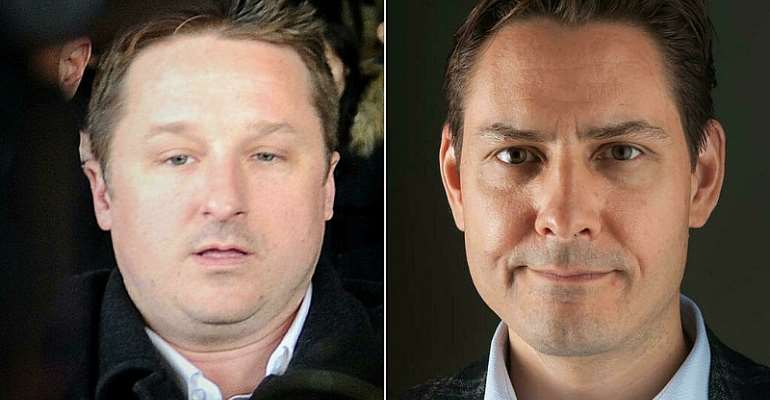 After more than 1,000 days in captivity, or two-and-a-half years in jail, Canadians Michael Kovrig and Michael Spavor have arrived in Calvary, Canada, and were greeted by Prime Minister Justin Trudeau.

“Michael has confronted tragedy with fortitude and humanity. Despite suffering injustice and hardship, he has stayed strong and positive,” said a statement released by International Crisis Group, (ICG), his employer, who had called his detention unjust.

A Royal Canadian Air Force jet reportedly brought them to Canada. Kovrig is scheduled to take a plane back to Toronto where his family lives, according to his wife.

Canadian Prime Minister Justin Trudeau announced late Friday that both Michael Kovrig, human rights adviser and former diplomat, and Michael Spavor, a businessman, had left Chinese airspace and were on their way home to Canada.

Earlier Friday, a Canadian judge lifted Meng's bail conditions and ended extradition proceedings after an agreement she made with the US Justice Department to suspend fraud charges against her. She returned to China.

She was arrested at Vancouver's international airport on 1 December, 2018, at the behest of US authorities. She is not only the chief financial officer of Huawei, but the daughter of the company's founder.

The two Michaels, as their case became known, were detained separately on espionage charges just days after Canada detained Huawei executive Meng Wanzhou. For many, it was a case of “hostage diplomacy.”

Kovrig had previously worked for the Canadian foreign ministry at the United Nations and in China before working as senior adviser, North East Asia while based in China for ICG.

For many, it was a case of “hostage diplomacy” that put a massive strain on Canada-China relations.

Both Kovrig and Spavor were put on trial in March of this year. In August, Spavor was sentenced to 11 years in prison, while there had been no decision in Kovrig's case.

HRW's China researcher Yaqiu Wang welcomed their release, but summed up what many were thinking, and how this case could set a precedent.

"But I worry what this means for foreigners who currently living in China: you can be made a hostage anytime by the Chinese government because the tactic is now tried-and-true," she wrote on social media.