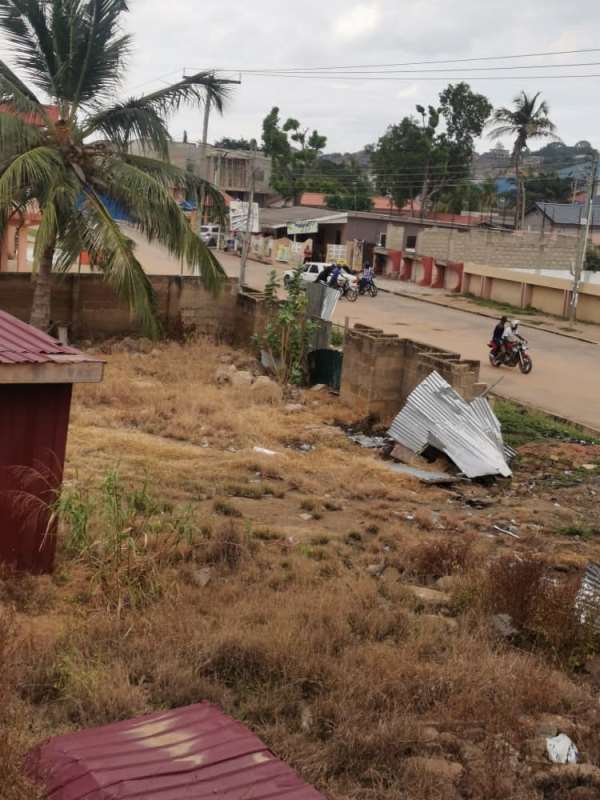 Bravery daylight armed robberies seem to be on the rise in recent times following reported cases of criminals on motorbikes attacking occupants of cars in the middle of the road.

Latest of such incident reportedly occurred at Sampa Valley near Weija barrier in Accra, Friday September 24, 2021 at about 9am where armed men on motorcycles robbed occupants in a white car.

The AK47 assault rifles wielding men on two motorbikes rounded up the car in motion to stop and attacked the occupants who had reportedly gone to withdraw cash from a financial institution at the West Hills Mall.

The robbers numbering about four trailing the victims made away with the cash after several minutes of sporadic shots.

The incident left several people in a state of shock and fear as residents scampered for cover.

A video of the robbery sighted by DGN Online revealed how the criminals were seen stopping the car and firing into air before opening the car to rob the occupants of their valuables.

Prior to that, there was another set of armed robbery attack on the Tema Highway when two armed robbers using motorcycles ambushed a car in traffic and made away with some undisclosed money.

Per a video of the robbery, the robbers were seen circling around the vehicle whiles one of them attacked occupants of the car.

As if that was not enough, Seargent Maxwell Kwakye, a policeman stationed at Sowutuom, a suburb of Accra was shot in both thighs by armed robbers in yet another daylight robbery operation.

According to information available to DGN Online, Sergeant Kwakye had gone to withdraw an amount of GHC 31,850 from the Kwashieman branch of the Bank of Africa when he was attacked by four armed men at the Christian Pentecostal Church, about 50 metres away from the bank.

The Policeman was allegedly shot twice in both thighs with an AK47 assault rifle, compelling him to leave the cash on the ground for the armed robbers who bolted away with it.

In another separate armed robbery incident, it is reported that another gang also robbed a woman at Achimota in Accra of her GHC 29,000 which she had withdrawn from an undisclosed bank.

Meanwhile, two names of notorious and daring robbers have popped up as using a red royal motorbike with fake registration numbers.