Diabetes targets would cost more but the impact would be worth it: here's how 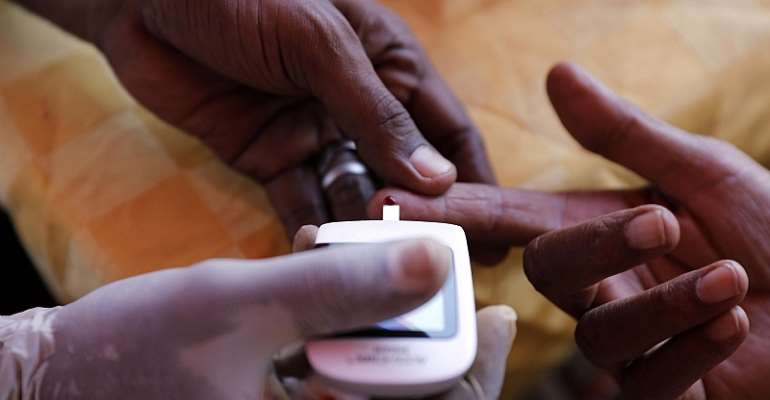 Now, the WHO Diabetes Compact to support people living with diabetes is under development. The content of the Compact will not be finalised until 2022. However, to help inform whether targets should be part of the Compact, we asked what the health benefits from achieving various targets for people with diabetes would be, and whether these could be cost-effective over the next 10 years.

The WHO is considering whether targets should be set, and our analysis feeds into that process as there was little previous evidence to inform what the targets should be. We were involved in some of the WHO processes for the Compact, and our results have been shared with WHO, but the analysis we did was independent. Similar to the UN targets for HIV/AIDS, the targets we considered were the percentages of people with diabetes and its associated cardiovascular disease risk factors (for example high blood pressure and choesterol) who were diagnosed, treated and controlled.

We found that setting targets for 80% of people with diabetes to have the condition (and other risk factors) diagnosed, treated, and controlled would substantially reduce death and improve healthy-years lived. And it would also be highly cost effective.

The most common form of diabetes, type 2 diabetes, is often associated with obesity and usually starts in later life. It is seldom noticed unless picked up by a medical professional. Over time it causes complications such as cardiovascular diseases (like heart attacks and strokes), kidney disease and blindness. These complications are far more likely to happen if a person with diabetes also has high blood pressure (hypertension), another condition that often goes unnoticed.

Treating diabetes and raised blood pressure markedly reduces the risk of future complications. Whether or not cholesterol is raised, giving a medication called a statin to lower it also reduces risk. These treatments to reduce risk in people with diabetes are also recommended by the WHO.

However, our research has previously shown that fewer than 6% of people with diabetes get all the treatment they need to reduce risk of future complications.

We therefore asked two questions. How would achieving certain targets reduce future complications from diabetes? And, in looking at costs relative to the health benefits, could achieving these targets be cost effective?

Reducing complications from diabetes requires interventions to reduce elevated blood sugar, blood pressure and cholesterol. We asked what benefits would be seen, and at what cost, for all three of these interventions combined.

We studied combinations of three targets. The first is that patients with diabetes are actually diagnosed, and their high blood pressure, if present, is also diagnosed. Second, that they are on treatment for blood sugar, blood pressure and cholesterol using a statin medication. And third, that their blood sugar and blood pressure are controlled to below internationally recommended levels. We tested these at targets of 60%, 70%, or 80% for each of diagnosis, treatment, or control. In other words, what would happen if 80% of people with diabetes and high blood pressure were diagnosed, 80% of those patients were treated and 80% of them were controlled.

We compared this to a baseline scenario in which diagnosis, treatment and control continued at current levels.

Read more: How changing blood pressure targets in South Africa could save costs and lives

We found that achieving each of these targets dramatically reduced deaths and improved the number of years people could live in good health. The number of years that people can live in good health is captured by a measure called Disability Adjusted Life Years or DALYs . One DALY is equivalent to the loss of a year in full health, hence it captures both early death and being unwell due to a disease.

In addition, most of the benefits came from improving treatment of high blood pressure and giving a statin for cholesterol, rather than from treating or controlling high blood sugar.

Overall, at the highest target of 80% diagnosis, 80% treatment, and 80% control, we found that healthy-years-lived were improved by around 6%. This means that around 6% more people with diabetes would be expected to live healthier lives. Even achieving the lower targets of 60% resulted in substantial improvements.

We also showed that achieving the 80% targets would greatly reduce deaths, especially those from cardiovascular diseases.

In our study , we considered the costs of diagnosing and treating diabetes and hypertension, and giving a statin, and the costs of treating the complications of diabetes, for the baseline scenario (current diagnosis, treatment, and control levels continued for the next 10 years) and each of the targets.

In the baseline scenario, the costs of managing diabetes in the countries in the study would be $2,222,882 per 1,000 people with diabetes over the next 10 years.

If diagnosis, treatment, and control were scaled up to achieve 80% targets for each, the costs would increase by a small amount, to $2,832,000 per 1,000 people with diabetes. Most of the increased costs would come from achieving the target for increasing treatment of hypertension. But the costs of treating cardiovascular disease complications would fall.

Overall this gave an incremental cost-effectiveness ratio (effectively the costs per extra healthy-life-year lived, or DALY averted) of $1,362. These costs are well below the WHO thresholds for cost effectiveness of three times GDP per capita for each country. So, each extra year of healthy life would cost $1,362, but the WHO has a benchmark of three times GDP per capita as a worthwhile investment in a year of healthy life. For example, GDP per capita in Angola is $2,790, therefore an intervention would be considered cost effective (by WHO) if it cost less than $8,370 per DALY.

We have shown that targets for diabetes would improve healthy lives and reduce deaths, and that they would be cost effective. But these targets should not be for managing the blood sugar element of diabetes alone; they must include treating hypertension and giving statins to patients with diabetes.

David Flood receives funding from the National Institute of Diabetes and Digestive and Kidney Diseases (NIDDK). He also serves as an unpaid Staff Physician for Maya Health Alliance and GlucoSalud, which are two non-governmental health organizations in Guatemala; in his role with these organizations, he occasionally carries out diabetes advocacy and solitics funding for clinical diabetes programs.

Sanjay Basu receives funding from the US Centers for Disease Control and Prevention, the Clinton Global Health Access Initiative, and the US National Institutes of Health.

Jennifer Manne-Goehler does not work for, consult, own shares in or receive funding from any company or organisation that would benefit from this article, and has disclosed no relevant affiliations beyond their academic appointment.

By Justine Ina Davies, Professor of Global Health, Institute for Applied Research, University of Birmingham And