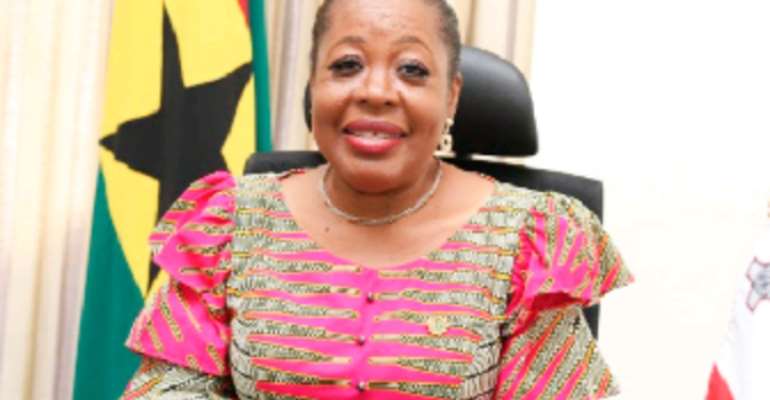 “I wish to assure you of the commitment of the government and people of Ghana to a continued co-operation and collaboration on issues of mutual concern and benefit to both states,” she stated.

Speaking ahead of the 57th Independence Day of Malta, which also coincided with the Kwame Nkrumah Day, Ms. Benisa expressed the hope that the Bilateral Air Agreement between the two countries would come into fruition during her tour of duty.

These long standing ties Ms Barbara said has governed their relationship and pursuits.

Describing the occasion as a great day for both nations, the High Commissioner said it was on September 21, 1909, that Dr Kwame Nkrumah, Ghana’s first President, Prime Minister, Pan Africanist, and the leader at independence from British rule in 1957 was born for which the day had been set aside to remember him.

“Therefore, we join each other today, in celebration of this momentous day in the history of both our countries,” Ms. Benisa said.

Ghana and Malta have enjoyed years of cordial relations, which have further been enhanced in recent years.

The Ghana Mission located in Valletta, Malta, known as “the Valletta Mission”, was relocated to Malta from Libya at the height of the Libyan war, under the leadership of Mr Kenneth Enos Kofi Tachie, who became the founder High Commissioner.

Ms. Benisa presented her letters of credence and letters of the former’s recall on Thursday, June 24, this year.

The High Commissioner said many feats had been chalked under her predecessors, including the exchange of the highest form of diplomacy from both sides in 2017 and 2019.

Ms. Benisa said due to the COVID-19 pandemic, the momentum at which bilateral engagements were going between both countries came to a halt.

It was on that note that the High Commissioner pledged her commitment to work towards deepening the ties and also ensure that the bilateral air agreement between both countries was consummated.

“On that note, I wish to congratulate you on the celebration of the 57th Independence Day of Malta and wish Ghanaians well as we remember our first President. Long live Ghana-Malta relations,” Ms. Benisa stated.