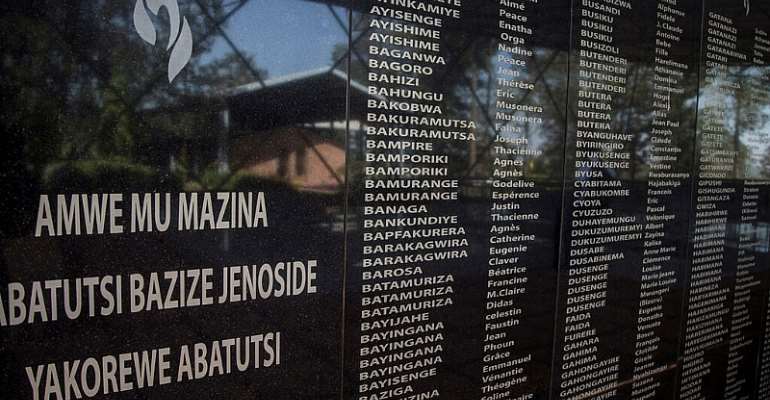 A man in his seventies has been charged in Paris in connection with the 1994 genocide in Rwanda.

Rwandan-born Isaak Kamali, a naturalised French citizen who has been on France's judicial radar since 2009, was charged with "genocide" and "crimes against humanity".

The prosecutor, in a statement, said Kamali is accused of "involvement in the genocide of Tutsis committed in 1994 in Rwanda". Kamali, who hails from central Rwanda, was employed at the ministry of transport during the genocide.

"It is a surprise because the case is so old," said Alain Gauthier, the president of the French-based collective of civil parties for Rwanda (CPCR), which had filed a complaint against him in February 2009.

The anti-terrorist prosecutor, which also monitors cases of crimes against humanity, said that the suspect disputed the charges against him during his first appearance before a French judge.

Kamali was condemned to death, in absentia, by a court in Rwanda in 2003, but this sentenced was later "annulled" due to changes in Rwandan law, according to the CPCR.

In 2008, he was arrested at Roissy-Charles-de-Gaulle airport in Paris on his way back from the United States and Kigali demanded his extradition, a request that was rejected by the French justice system, as it has done for all suspects of participation in the genocide claimed by Rwanda.

A judicial investigation was opened in 2009 in Paris after the CPCR filed a complaint.

He is still wanted by Rwandan justice but France has so far refused to extradite him.

According to the United Nations, more than 800,000 people were killed in the genocide, mainly from the ethnic Tutsi minority, between April and July of 1994.

To date, two trials related to the genocide in Rwanda have resulted in the final conviction of three men in France.

Two other men are soon to be tried: Claude Muhayimana, a Franco-Rwandan former hotel driver accused of transporting militiamen, is due to appear from 22 November to 17 December while a former prefect, Laurent Bucyibaruta, will be tried from May 2022.