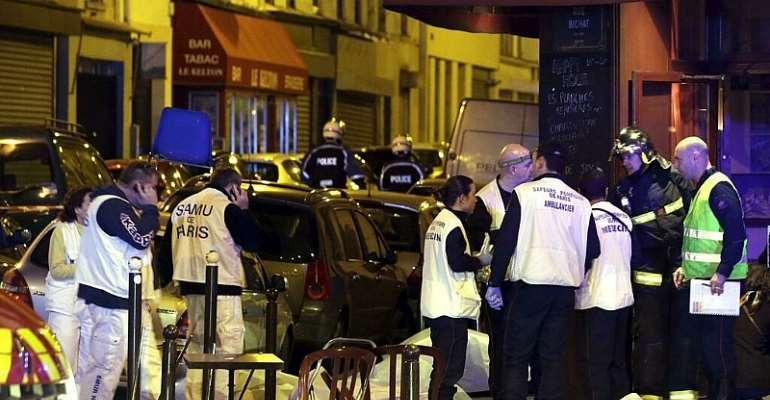 This trial of 20 men accused of involvement in the terrorist attacks which cost the lives of 130 people in Paris on 13 November 2015 was always going to be difficult for the families of those killed or injured. The on-going succession of expert police witnesses, describing the scene at each of the Paris locations targeted by the killers, complete with video and photographic evidence, verges on the insupportable.

The story begins at the Stade de France. The description of the remains of the first suicide bomber, in front of entrance D, sounds like an anatomy class.

"Back section of the corpse missing, left leg, left arm torn off. Bone fragments found 25 metres away, a hand, a finger . . ."

Manuel Colaço Dias, the first victim of the attacks, was hit by the hail of screws contained in the explosive vest. One of them punctured his lung, causing his death.

The two other terrorists at the sports venue killed only themselves.

A lawyer asks if he can question Salah Abdeslam, one of the 20 accused and the man who drove the three bombers to the Stade de France. The request is refused. The time for interrogating the suspects will come later.

'Not a crime scene, a war zone'

The terrorists who attacked the terraces of the Petit Cambodge restaurant and the Carillon bar in central Paris fired their kalachnikovs a total of 121 times in two and a half minutes. Eleven people died on the street, two inside the restaurant.

The names and ages of the victims were read to the court, while a diagram with 11 shadows was displayed, indicating where the bodies had fallen.

The police witness, who is testifying anonymously for security reasons, arrived on the scene at 23h00, less than two hours after the killers. He began the business of identification, checking for wallets, papers.

He made an error, associating a fallen handbag with a victim. The owner of the bag was, in fact, among those who escaped. "I made a mistake. I'm sorry. I ask the families, once again, to forgive me.

"I will never forget those who died."
One victim was shot 36 times, another had 22 wounds, a third 14. "It wasn't a crime scene, it was like something from a war."

The sound of phones, ringing uselessly

Another police investigator took up the chilling account, describing the scenes at the Bonne Bière and Casa Nostra, just a couple of hundred meters further on.

Five people lost their lives, eight were grievously injured. Video evidence suggests that one of the killers' weapons jammed, forcing them to move on.

The witness said he would never forget the sound of fallen portable phones, ringing uselessly. "I wanted to pick up and answer," he said.

The hearing continues with the investigators' reports on the Bataclan music venue, where 90 people lost their lives.