Religion has had 95% negative influence on Africa 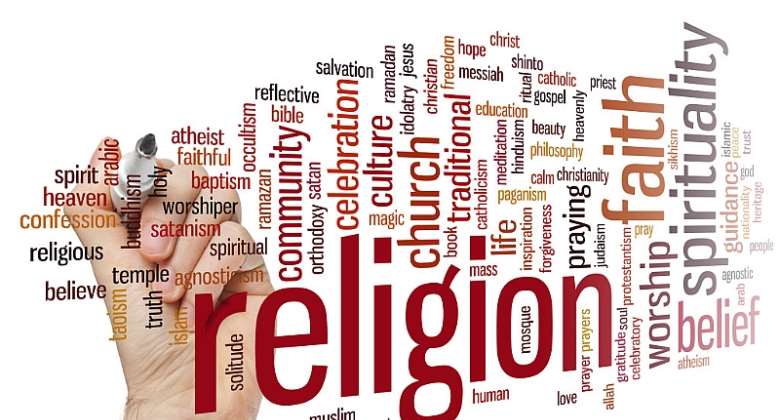 In Rwanda, the week from April 7th to 13th, is always an emotional week for Rwandans, home and abroad. In this week, they remember a million innocent lives, lost in the 1994-genocide against Tutsi. During this week, they reflect back on their history while striving to build a new peaceful and inclusive Rwanda.

The government got rid of the ethnic groups and all, but they kept religion for some reason. Obviously, there is no way they could have got rid of it.

So, why do I dislike religion, again? Below are a few reasons.

The lack of critical thinking and logic that comes up with being a Christian in many evangelical Christian churches on the African continent. This thinking makes people believe in “miracles and other imaginary acts of fallacies”. All of which leads to the poverty mentality.

You will see in many African churches:

College graduates go to the pastor seeking prayers for non-existent jobs (in exchange for a fee). A college graduate finishes their bachelor’s degree in Economics and Finance. They know that statistically speaking, there are only 5–10% of the jobs available in their field. Instead of thinking of how they can create opportunities for themselves, they go to pastors for “prayer requests”.

Even in the African biggest economy, Nigeria, you have headlines like these!! In the end, Religion is a tax-free money laundering business!

The pastors know how to take advantage. They get so many requests that they start charging fees and money to meet the pastors in exchange for their prayers. These pastors know how to suck the “blood and soul” out of desperate unemployed people. As a result, they have got themselves rich and wealthy. Their service is at an all time high and they are ripping big benefits, TAX_FREE.

Despite the fact that 90–95% of medical health coverage (subsidized by the government, instead of going to hospitals, some believers will go to the church, go to these pastors looking for prayers (in exchange for a fee). Apparently, going to the hospital is a sign of not-believing that God can heal your sickness.

I mean, when you look at what is happening in churches around the continent, you will lose your mind. The version of Christianity we have in many African countries is so stupid and dumb. No offense to my Christian folks.

Don’t get me started on” miracle performers” who get their service televised on National TV. These dubious pastors are so powerful in their respective countries that they are so untouchable. In East-Africa, West-Africa (especially), Southern-Africa, etc, and elsewhere…

Megachurches: All about the money, control and influence

Politicians are members of these megachurches themselves and they know how to amass easy votes during elections. Endorsements from pastors mean favorable wins for elections. They use these megachurches as tools to gather votes during elections. Members of parliament (Deputies and Senators), city mayors, and presidential candidates. No matter how stupid and illogical some pastors can be. As long as many followers keep flocking their churches, they can be used as bargaining chips without knowing it.

Now, do you imagine politicians who truly believe in this bullshit making meaningful policies that affect people’s lives positively? It cannot be done, folks!

Please tell me why this pastor has the audacity to buy a $ 125,000.00 car for his 5-year old birthday. A 2016/2017 Maserati Levante brand while many of his church members struggle to make ends meet everyday, living in dire poverty.

I mean, I am not hating her 5 year old daughter. But what is she going to do with $ 125,000.00 luxury car? You are reading this right. This is a one hundred and twenty five grand luxury car for a 5-year old. These pastors have loads of money taken from the poor. This is in South Africa, where youth unemployment is between 37–50%, depending on the source statistics. Why? I can’t stand these pastors. But you got to give it up to them. They know how to play this money game really well. People bring them their money every day. Tithing, offerings, gifts and all sorts of stuff. They are called “men of God” for a reason. Haha..

Do you find it a coincidence that the most developed countries are less religious than the least developed by so many factors? And there is no doubt that religion plays a big part. That poverty mentality I described. See the graph below.

This is a reason why among the G8 or G20, the most developed/industrialized country in the World, the average % of people who consider religion to be important in their lives is lower than the same percentage of people in the last 30-poorest countries in the world.

Don’t believe me? Read about Robert Mugabe, the former president of Zimbabwe for almost 40 years and his “love affair” with the apostolic church in Zimbabwe.

He was the best in this game. In the last 20 years of his presidency, the economy of Zimbabwe got worse and worse due to his policies, but he was able to stay in power because he knew how to manipulate the church.

I can’t stand these so-called “prophets” on this continent.

If you have some time for some comedy and laughter, watch this so-called pastor and prophet from South-Africa, pretending to guess the name of a church attendee child, faking to get the picture from “ heaven” when he already had it on the ipad. Haha, so many of these on Youtube, you will be surprised! This is the same pastor with a $ 125K Maserati Levante.

I can go and on, but you get the idea.

·Treat others with dignity and respect, whether you agree with them or not.

·Don’t force your beliefs on them if they don’t want to.

·Do unto others what you wish to be done to you.

I will respect you as a person, but whatever your religion is, I am sorry I cannot do the same.

Those believers who consider their religion to be a force for good, I will leave you with this quote from Edmund Burke. Especially my African Christian folks. Many of you are already aware of what a tragedy your religion is, but choose to stay quiet and do nothing about it. What are you going to do about it?

May the truth set you free.

Hottest Photo Reports
Catch up with all the political quotes from our politicians.
Advertise here
More Religion
ModernGhana Links
Who Is Ordained By God; How Would One Realize?
Does Weekly Church Attendance Affect Health Outcomes?
The nonsense in God’s worship exposed
Fountain of Assemblies of God to celebrate 15th anniversary
Fallen Angels are evil spirits who afflict humans with disease, problems — Pastor Chris Oyakhilome
Midnight Prayer (3)
Homosexual will end globally in the next 34 years - Apostle King Dirl
BeFree Ministry partners GoFirst Global Ministry for Jesus Revolution Evangelism programme
Cohabit in peace with one another as we celebrate Pentecost - Most Rev. Dr. Ben-Smith
TOP STORIES