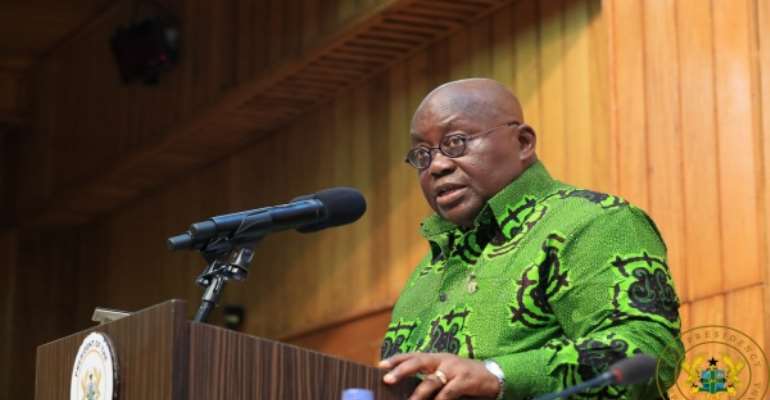 This will serve as the key pillar for the national strategy for industrialisation.

The projects, estimated to require some $6billion to execute, will be one of the most audacious projects since Ghana's independence.

They would largely be driven by private investors in partnership with the Ghana Integrated Aluminum Development Corporation (GIADEC).

It will be implemented in four phases, with the first phase involving the expansion of the existing mine at Awaso in the Bibiani-Anhwiaso-Bekwai Municipal district of the Western North Region, and the building of a bauxite refinery.

The second phase will see the development of a mine and a refinery solution at Nyinahin-Mpasaaso in the Atwimaa Mponua District in the Ashanti Region.

The third phase will also see the development of a mine in Kyebi in the East Akim Municipal District of the Eastern Region and a second mine at Nyinahin-Mpasaaso.

A refinery will also be built in the Atwimaa Mponua District in the Ashanti Region and Kyebi, respectively.

In the fourth phase of the projects, the VALCO smelter will be modernised and expanded to improve efficiency and increase capacity.

At a ceremony in Accra, President Akufo-Addo said the projects, which would be developed concurrently, were a major milestone in country’s industrialization drive.

He said the development was a testimony that the government had kept faith with the people of Ghana on its commitment to exploit the bauxite resources for the full benefit of the Ghanaian people.

The President said the integrated aluminum industry was at the heart of Ghana's industrial transformation agenda, and that it would exact a significant impact on the development of the Ghanaian economy and jobs and create wealth for the people.

The projects, President Akufo-Addo pointed out, would also ensure the integration and value addition across the aluminum industry value chain, lead to the total development of other sectors of the economy, especially the strategic railway and port sector infrastructures, which would be needed for the transportation and efficient operation of the exportation of bulk items.

He said the execution of the four projects would lead to Ghana reducing its reliance on imported aluminum products, and see the country generating business ventures that would generate employment and high paying jobs for the Ghanaian people.

Thus, he has directed the ministries for Railway Development and Finance to work together to accelerate the realisation of the Western and Eastern railway network.

The President gave the assurance that the government would lend the support needed to make the aluminum industry globally competitive, and ensure that competitively-priced power was made available to meet the requirements of investment partners.

He also emphasised that the Government would spare no effort to ensure that mining activities connected with the industry was carried out in a responsible manner, with minimal footprints on the environment.

Investors and stakeholders would, therefore, be made to ensure that the projects were implemented in an environmentally sustainable manner.

“We believe that mining can be and must be done in a responsible manner. Government through its regulatory agencies will act to protect our environment at all times,” he said.

As part of the ceremony, the President witnessed the signing of an agreement between GIADEC and Rocksure International, a wholly owned Ghanaian mining services company, who would partner GIADEC to implement the second phase of the project.

Rocksure International operates across Ghana and the West African sub-region, with expertise in mining and drilling services, as well as load and haulage.

The second phase of the project, which is also referred to as Project Two, will see the production of five million tonnes of bauxite per annum, and the creation of more than 1000 direct and indirect jobs,

Minister for Lands and Natural Resources, Samuel Abdulai Jinapor, noted that the projects were timeous, as the interest of the automotive manufacturers in the country made the integrated Aluminum industry more imperative.

He said his Ministry would ensure that the exploitation of the mineral resources were done in a responsible manner, and pledged a focused attention on the protection of the environment and biodiversity, while implementing the projects.

Mr Jinapor said the Ministry had started an aggressive afforestation programme to restore the lost forest cover and continued to wage a relentless war on illegal mining.