A Sudden Surrender to Utopian Forces or Unenlightened Foes? 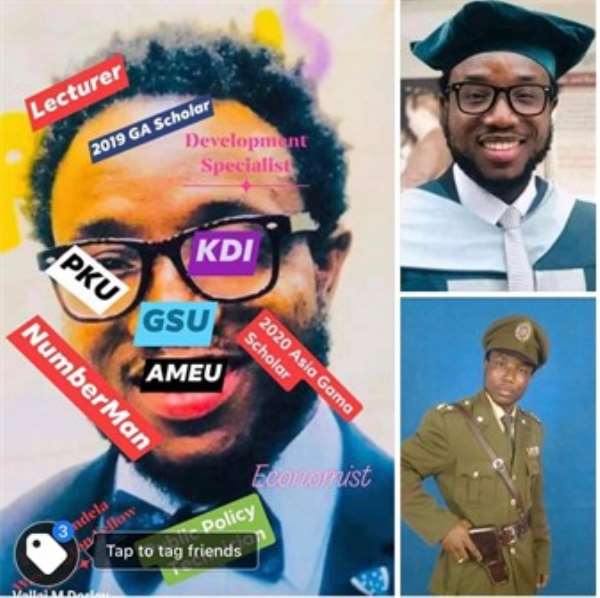 Struck by shock and stormed by sorrow, I became severely subdued by silence when I watched how Chairman Mao was casketed in Monrovia as thousands of mourners grieved his demise in disbelief. Faster than expected, Mao expired to an unexplained “ailment”.

His sudden surrender has not only triggered a skeptic scene but has also rattled a new generation of emerging scholars in Liberia. This unbridled fear is too much of a burden to bear. The class of intelligentsia has lost yet another gifted gem.

Vallai M. Dorley alias Chairman Mao was indeed a gentle soul and a gallant soldier. Though pained by his loss, but his never-ending impetus or enthusiasm for superior knowledge inspired a whole new generation. And it is in this outstanding legacy that we must seek true solace.

Yes, Mao has died but his passion in pursuit of academic excellence is still alive. He was a humble man. His sense of humanity and camaraderie sermonized his persona during his sendoff. Even though his life was short-lived but it was well-lived.

Mao’s future was too bright to have been wolfed in no time. His ambition came crumbling down as he laid lifeless in a wooden coffin. The Trade Economist and Public Policy Specialist has left behind a hole of woes. His loss is too unbearable and it has left a teary nation in wonderland.

Death, you’ve bitten us so hard once more. Your bite is too spiteful and its spleen often provokes awful memories. Why must it be a scholastic alumnus of:

We have not only lost a being but we’ve also lost a brain-trust. The cemetery has snatched yet another human resource. Terrified by this huge loss, we must now console ourselves by living Mao’s legacy of pursuing superior knowledge at all times. Beyond this bequest, lest we forget that true solace is sourced from renewed strength in God.

As I pay my final respect to a comrade-in-arms, I would be naïve to process in my mind that Mao’s unexplained “ailment (profuse bleeding)”, which led to his sudden surrender, is a causality of utopian forces rather than unenlightened foes who may have been jittered by his avalanche of academic feats and expertise.

A highly-credentialed Mao is no more but even during these very difficult moments of mourning, we remain firmer in our collective quest for a merit-based Liberia that espouses excellence and fair competition.

Mao is now history. We cannot continue to cry for his life but we can and we must champion his legacy instead. As I sit here at a public library in exile to pen these few words in honor of chairman Mao, I am being comforted in the words of Mary Ann Evans when she said, “Our dead are never dead to us, until we have forgotten them.”

Go and rest Mao. Your boots are up. Your regalia are also up. But your impact remains a testament of your honest strives and struggles. You indeed earned your stripes. You inspired mankind during your short stay. You left an indelible imprint through your service to country. Your sojourn on earth will forever be remembered, admired, and cherished.

Your favorite quotation, "One day, one day" has now been recoined or rephrased into "Last day, last day". This must be a neglect of your hope and aspiration. But one day, one day, your unenlightened foes shall succumb too, for death is an inescapable misfortune of mankind.

“Sit tibi iter ad martyrium luceat in aeternum” which means in English from Latin “May your path to martyrdom shine forever”.

Rest well comrade scholar for you lived a life of humility and service.

About The Author: Martin K. N. Kollie is an exiled Liberian activist