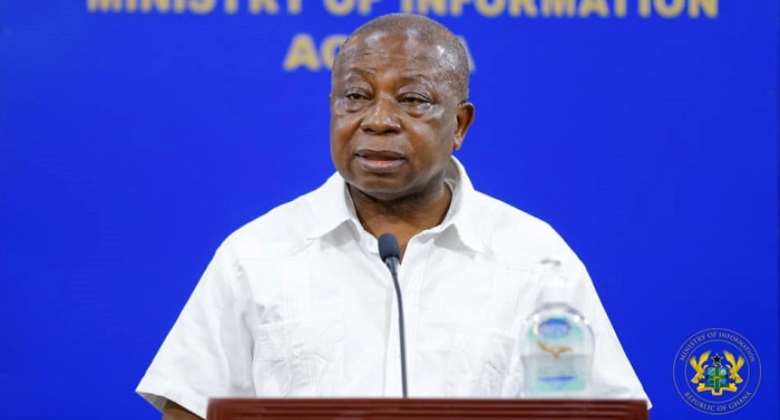 The Research Center for Policy Advocacy and Governance has called for the resignation of the Health Minister, Kwaku Agyemang Manu for what it described as irresponsible handling of the Russian Sputnik V vaccine procurement.

According to the group, answers provided by the Minister in relation to the contract leaves much to be desired which warrants that he vacates his office.

During the ongoing Parliamentary probe into the circumstances surrounding the vaccine procurement which the Minority had raised concerns about, the Minister had indicated that circumstances at the time pushed him to negotiate the deal with a middleman, Sheik Maktoum without the approval of the House.

The Minister told the committee during the probe that “those were not normal times. And I was seriously in a situation that couldn’t make me think properly the way you think that now I will actually address such a situation.”

This response has been widely criticized by a section of the public with the latest being the North American wing of the main opposition party.

The group believes the explanation deserved to be thrown out as “the Health Minister blatantly disregarded the Supreme Court ruling in Attorney General v. (1) Balken Energy Ghana Ltd (2) Balken Energy LLC and (3) Mr Philip David Elder and Article 181 (5) of the 1992 Constitution of the Ghana which required all international business or economic transactions to which Government is party be approved by Parliament.”

“The Minister knew he was offending the law but regardless, went ahead to engage in an unapproved deal on behalf of the state,” he said.

In the statement signed by its Executive Director, Mumuni Lokpalmor, the group reiterated that Mr Manu’s actions indicate a lack of “moral fortitude, integrity to continue as a Minister for Health and as such the NDC Pro forum, North America is calling on him to honourably resign with immediate effect.”