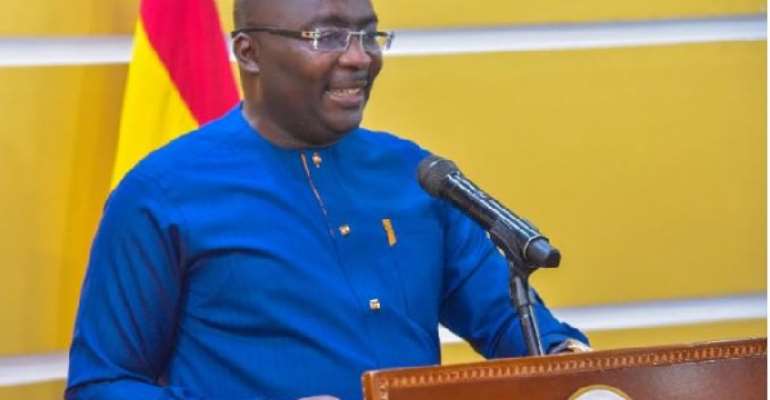 Mr. Kofi Koranteng, an independent candidate of the 2020 presidential election has tagged Vice President Dr. Mahamudu Bawumia as incompetent over comments that there are demons and principalities working in the public sector against the progress of government.

Reacting to the comments in an interview on Onua FM today, Mr. Kofi Koranteng has stressed that indeed if that is what Dr. Bawumia believes then he must vacant his place in government for the Founder of Ghana Union Movement (GUM), Reverend Christian Kwabena Andrews [popularly known as Osofo Kyere Abosom] to take over.

“If you say that it is ‘demons’ and ‘principalities’ that are impeding the growth of the economy and the overall development of the country then kindly step down and allow Kyere Abosom to replace you because he is known to be capable of fighting demons.

Not pleased with the current state of Ghana’s economy and the performance of the government, the 2020 Independent Presidential candidate says he will on Wednesday join the FixTheCountry protest.

He advises that Ghanaians should also join to put the government on its toes.

Takoradi woman confesses she was not pregnant
47 minutes ago