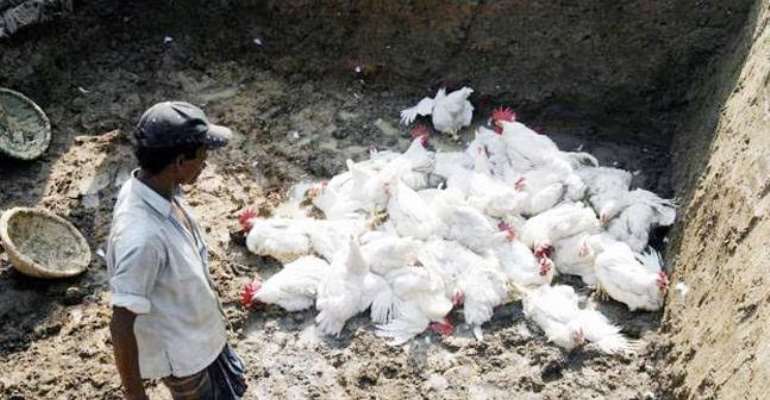 As many as four thousand birds have been killed in Atwima Kwawoma as a result of the outbreak of the ‘Bird Flu’, the Ashanti regional directorate of the veterinary service has confirmed.

Earlier this month, Ghana was forced to ban the importation of poultry and poultry products from neighbouring countries.

This followed the outbreak of Highly Pathogenic Avian Influenza disease, otherwise known as Bird Flu in some parts of the country.

As part of efforts by various regional directorates of the veterinary services to combat the outbreak, four thousand birds have been killed in Atwima Kwawoma.

In addition, thousands of eggs have been destroyed as well.

Speaking to Starr FM in an interview, the Regional Director of the Ghana Veterinary Service Dr. Marlon Mensah has assured that measures are being put in place to stop the bird flu virus from spreading.

The latest numbers provided by the directorate reveals that the H5N1 influenza has killed over 5,000 birds naturally while the Veterinary Service has also destroyed 4,500 birds.

Additional measures are expected to be put in place to stop the virus from spreading to other parts of the country.