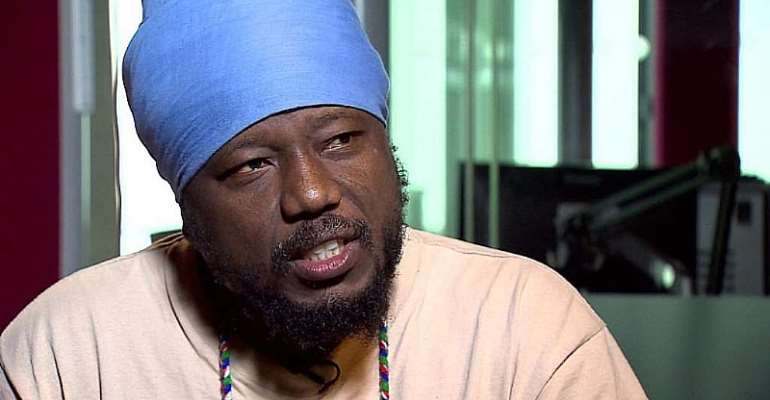 The Germany Branch of the New Patriotic Party, NPP, has urged renowned broadcast journalist and host of the reggae show "Taxi Driver" on Zylofon FM, Blakk Rasta to be diligent in his utterances.

Blakk Rasta on his reggae show last weekend was accused of describing the Akufo Addo-led government of mismanagement over the past years.

In a press statement signed by the Communications Director of the Germany branch, Nana Osei Boateng described Blakk Rasta's utterances as unethical.

"Blakk Rasta's recent description of the family of Akufo-Addo as terrorists is very unfortunate and can be one that is purely sentimental and irresponsible. He is a perfect example of why marijuana is still not recommended for public consumption as it has led him and many into spewing gibberish and acting lawless," the statement said.

The statement described a former member of the big six, Dr. J. B Danquah as a leader who fought for the development of the country under the Edward Akufo-Addo regime and deserves all the recognition.

"J.B Danquah will go down in history as one of the few persons who had the will and power to develop his country even when he was not president. His fingerprints are all over Ghana's educational systems, his many idealism, and concepts of development, wanting Ghana to be at par with the developed world.

"He realized back then that education was the only way to achieve that dream this his significant efforts in mobilising for the building of the University of Ghana and many other schools while he was not the president," the statement added.