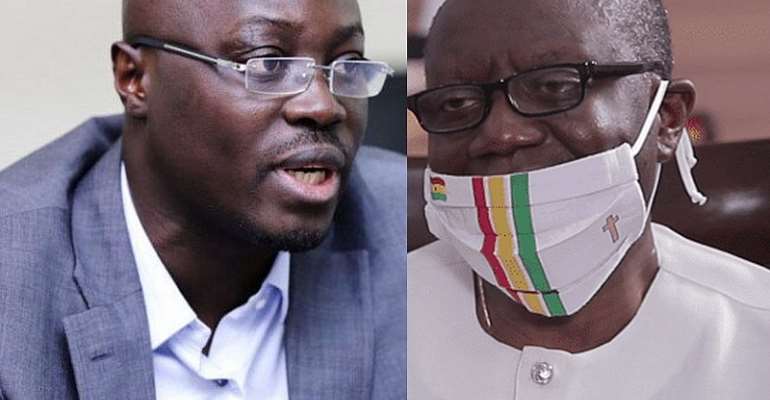 Member of Parliament for Ajumako Enyam Essiam Constituency and Minority Ranking Member on the Finance Committee of Parliament, Dr Cassiel Ato Forson, has cautioned that Ghana could fail to meet its debt service obligations if urgent steps were not taken to seek debt relief from its lenders.

He said the current debt profile of the country made it unsustainable and was putting severe pressure of the nation’s finances making it difficult to meet debt service deadlines while meeting other expenditure commitments at the same time.

The Finance and Accounting expert was speaking at a Policy Dialogue held at the University of Professional Studies, Accra.

Dr Forson noted that available figures showed that up to 87% of government tax revenue went into debt servicing which is the payment of interest and amortization alone leaving very little for investment in critical sectors of the economy. This he said, would worsen if the current borrowing situation continued into the foreseeable future.

“The Akufo-Addo/Bawumia government must seek urgent debt relief from the International Monetary Fund (IMF) through the newly proposed Debt Relief Initiative, known as the Common Framework for Debt Treatments Beyond the Debt Service Suspension Initiative (DSSI), which can be likened to the HIPC Initiative,” Dr Forson said at the event attended by a cross-section of Minority MPs and some Academics draw from various Universities in the capital.

He added that “failure by the Akufo-Addo/Bawumia government to do as recommended, within the next 18 months, would expose Ghana to a High Risk of Default on its debt service obligations which will plunge the country into much deeper economic crisis”.

Responding to the issues raised at the Policy Dialogue, Deputy Finance Minister, John Kumah who was in attendance said government had noted the concerns raised by the Minority and would announce comprehensive counter measures in the Mid-Year Budget Review to be delivered by Finance Minister Ken Ofori Atta.