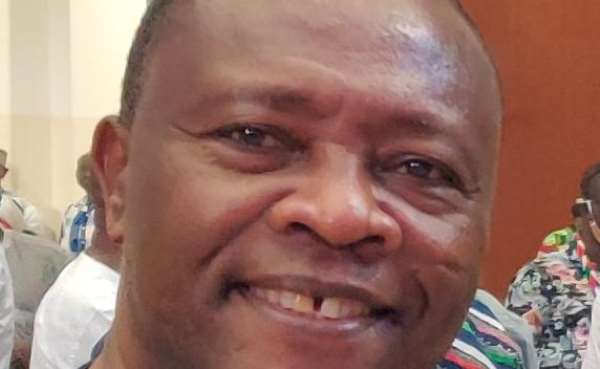 Three days ago, I shared a piece on my Facebook wall titled "Who's is Killing Ghana?"

This particular piece has generated a lot of debate and public discourse. One of my good friends and elder brother in the person of Prof. George K. T. Oduro has issued a rejoinder to the piece I shared on my wall.

The Educational Leadership Scholar raises very insightful and thought-provoking points on the reasons why leadership of any country cannot be absolved from blame if things aren't going right.

He posts that "Until leadership role models national character and prioritizes meritocracy over nepotism and partisanship in the Governance of our nation, 'we will continue on this path of destruction".

Read on and enjoy the full rejoinder below:

Who's Killing Ghana? A REJOINDER

I have read a write-up trending on Facebook titled 'Who is Killing Ghana?. The purported author of this piece is HelpChangeGhana/SafetyGhana. The author exonerates leadership from the socio-economic woes facing our country. I acknowledge that the positive attitude of the citizenry is key in facilitating our national development agenda. But I strongly believe that a nation's leadership drives the attitudinal orientation of its citizenry. Thus, the type of leadership a country has determines the mindset of citizenry towards work, honesty, national unity and all other factors that affect development.

The author states that 'the blame for what Ghana has become falls on you and me. Not Rawlings, not Kufour, not Mahama and definitely not the civil and human rights advocate Akufo-Addo. He continues to lament that 'Our wickedness stinks to the high heavens as we go about our daily lives, pulling down everyone and everything to become rich.

I partially agree with the author but I would be happy if the author helps me to answer one fundamental question: What is the purpose for which tax payer's money is invested in national leadership?'

Are government's not instituted by people so they provide leadership in terms of controlling and regulating attitudes and behaviour of individuals for the benefit of the collectivity and the nation's development? Is it not because of negative attitudes linked to the importation of substandard Chinese products, fake drugs and expired baby food unfit for human consumption that destroys the environment with galamsey aided by the Chinese that the tax payer's money is invested in establishing regulatory bodies such as the Foods and Drugs Authority, the Standards Board, and others in the country?

The author further lamented that 'We even steal from widows, orphans, and refugees. We take their food and sell it for profit. No conscience. No fear of God. Nothing is sacred. No one is spared'. Why do we spend the taxpayer's money in establishing institutions such as the Auditor-General's Department, the Police, EOCO, the Courts etc? Whose responsibility is it to ensure that appropriate leadership is provided at these crime prevention and regulatory sectors? Is not the Government? Are we not in this country when Mr Dormelevo 's insistence on accountability was truncated by Leadership through the principle of proceed on leave and eventual termination of his appointment under the guise of overage?

The author further stated that 'Our politicians create lies to win power and manipulate the minds of the ignorant masses. Yes, this is true. But what should we expect when a President fails to operate as a State Leader by leading on partisan lines? When a President fails to draw functional lines between Governance and Partisan leadership and tend to operate as a partisan leader, then obviously political party interest will prevail among politicians and their followers.

Indeed, when State Leadership is resistant to contrasting opinions in policy discourses and views constructive criticism from partisan perspectives, a culture of silence is created. People decide not to express opinions on national policies for fear of intimidation and tactical exclusion at the workplace. By so doing, political manipulation is perpetuated. In a situation such as this, who is the wicked person here? Is it the powerless individual citizen or the Presidential Leadership that wields Governance Leadership?

When State machinery is used to obstruct legitimate procedures for appointing political state institutions as experienced at the University of Education, Winneba, where a Vice Chancellor was removed and replaced through illegitimate means, then hatred obviously is ignited by leadership and perpetuated. If we want to reduce hatred, the leadership must allow systems to function without political interference. Leadership must intervene when systems fail to perform but not to interfere.

Until political leadership creates the enabling environment for all citizens to feel each one belongs and that everybody matters in building our nation, the challenges catalogued by the author will remain with us as a nation.

Remember that, the rot of a fish commences from its head. Until, our President and his lieutenants uphold the principles underlying human rights, truth and justice in appointing competent citizens rather than politically partisan extremists to man public institutions including regulatory bodies, we can make our societies, communities and we cannot make our nation heaven as the author proposes.

Until leadership role models national character and prioritizes meritocracy over nepotism and partisanship in the Governance of our nation, 'we will continue on this path of destruction.'

Hottest Photo Reports
Catch up with all the political quotes from our politicians.
Advertise here
More Rejoinder
ModernGhana Links
Rejoinder: Ghanaian man asking Nana Addo to fix the country in Germany allegedly deported
RE: TESCON-UEW to demonstrate on the day of SRC elections
Re: The Archbishop Of The Catholic Archdiocese Of Kumasi Makes A Scandalous Decision
NDP Article - Airport Tests and the Response of the MOH of Ghana
Re: NDC Adentan youth leadership awards
Rebuttal to Numo Otu Akwaaba aka Tsawe Wulomo and rejoinder to the article by Boye Otu titled "The distortion of Nungua history"
KTU develops traffic lights with cameras to combat insecurity on campus – A Rejoinder
Rejoinder: Who Sold Land For School Project At Israel?
How Toxic Rodney Sieh Is Contaminating Journalism in Liberia
TOP STORIES