By Ivan Rush Mugisha with Tanya Willmer in Nairobi 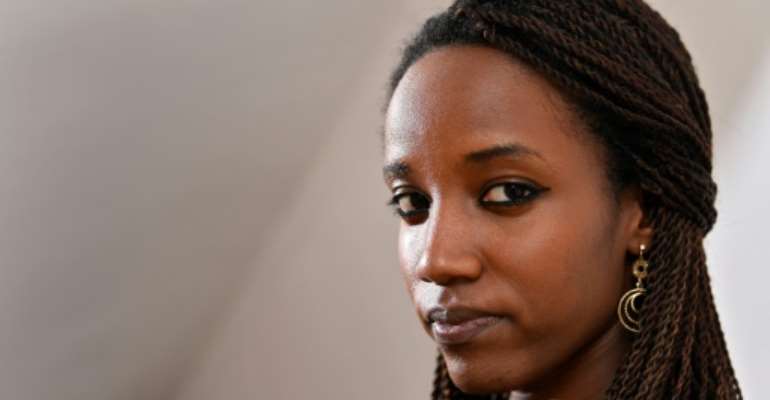 The daughter of detained "Hotel Rwanda" hero and outspoken government critic Paul Rusesabagina lashed out Tuesday after a media probe found indications she had been spied on using the Israeli malware Pegasus.

Governments used the NSO Group's phone spyware to monitor journalists, lawyers and politicians in a number of countries, according to an investigation by The Washington Post, The Guardian, Le Monde and other outlets, based on a leaked list of 50,000 phone numbers.

Numbers of more than 3,500 Rwandans appeared on the leaked records, "indicating that they were potential targets of the software", the inquiry said.

Among them was a cell phone belonging to Rusesabagina's daughter, Carine Kanimba, "which was forensically confirmed to have been compromised multiple times," it said.

Kanimba, a US-Belgian dual national, has been campaigning to free her father, who faces life in prison on a string of charges including terrorism.

The Guardian said forensic analysis by Amnesty International found that 28-year-old Kanimba's phone had been infiltrated since at least January.

"It was bad enough that they kidnapped my father, tortured him and robbed him of his legal rights," Kanimba said in a statement from the Paul Rusesabagina Foundation.

"Now we find out that they have listened to my conversations with the US State Department, Belgium Foreign Minister Sophie Wilmes, and our attorneys. This adds insult to injury."

The Rwandan government denied the allegations.

"Rwanda does not use this software system, as previously confirmed in November 2019, and does not possess this technical capability in any form," the government spokesperson's office said.

"These false accusations are part of an ongoing campaign to cause tensions between Rwanda and other countries, and to sow disinformation about Rwanda domestically and internationally.

NSO insists the software is intended for use in fighting terrorism and other crimes, and that any other use is the work of "rogue" operators -- claims rejected by Amnesty.

'NSO Group must immediately stop selling its equipment to countries with a track record of putting human right defenders and journalists under unlawful surveillance," Amnesty secretary general, Agnes Callamard, said in a statement.

Rwandan opposition figures abroad may also have been targeted, according to the Organised Crime and Corruption Reporting Project website where details of the investigation were published.

Evidence suggests Rwanda also sought to spy on high-ranking political figures and diplomats in neighbouring countries, as well as lawyers and journalists, it said.

It told how he saved more than 1,000 people who sheltered in his hotel during the 1994 genocide in which an estimated 800,000 died, most of them ethnic Tutsis.

Rusesabagina, a Hutu, subsequently became a prominent and outspoken critic of President Paul Kagame and has lived in exile in the US and Belgium since 1996.

He was arrested when a plane he believed was bound for Burundi landed in Kigali instead, a move his supporters describe as a kidnapping.

He faces nine charges, including terrorism, and prosecutors last month sought the maximum sentence of life in prison.

"This shows that the Rwandan government knows that it lacks the evidence to convict Paul in a fair trial."

Kagame's government accuses Rusesabagina of supporting the National Liberation Front rebel group which is blamed for attacks in 2018 and 2019 that killed nine people.

Rusesabagina has denied any involvement in the attacks, but was a founder of the Rwandan Movement for Democratic Change, an opposition group of which the FLN is seen as the armed wing.