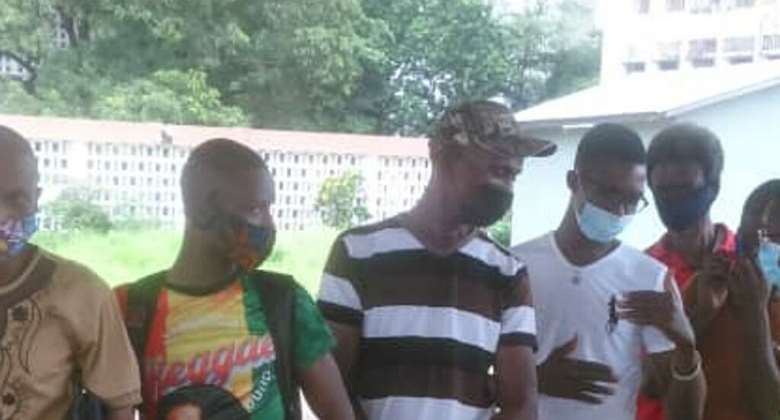 Sierra Leone President Julius Maada Bio rolled out a number of new nationwide measures, including a curfew that begins on Monday at 11PM to stem the increasing number of cases of Covid-19 in the country.

“More people have tested positive for Covid-19 in the last few weeks, more people have been hospitalized and 72 per cent of beds in treatment and care centres are occupied," he said in a nationwide televised address, adding that the country's epicenter is in the western area, where many of the deaths have occurred.

Cases have increased from 93 in May to an unprecedented 1,427 in June, following an announcement by the National Coronavirus Emergency Response Committee (NaCOVERC).

Spokesman Solomon Jamiru said that the Delta variant had been confirmed in the country.

*Churches, Mosques and all religious places of worship have been closed since 2 July.

*Restaurants have been urged to promote take away services and close by 9PM daily.

*Attendance at weddings, funerals and social events have been limited to not more than 50 people

“I, senior members of government, over a hundred thousand citizens have been fully vaccinated. This vaccine will protect you against Covid-19 and protect your life,” said Bio, adding that vaccines are widely available throughout the country.

Anti-vaxxers penalized
The vaccination process has been slow, with many expressing fears about reactions.

This prompted NaCOVERC to issue instructions that those who have not been vaccinated would be prevented from accessing government offices.

Long lines at vaccination centres ensued as many had been prevented from accessing government offices.

Sierra Leone Commercial Bank also issued a notice, which was quickly withdrawn, barring access to the bank if customers could not show their vaccine cards.

Human rights lawyers at the Christian Lawyers Centre, a group that defends the rights of vulnerable and religious communities, argued that issuing mandatory directives for Covid-19 vaccinations are against the human rights of individuals.

“The public notices issued by NaCOVERC and the Sierra Leone Commercial Bank are not only wrong and misplaced but pose a clear and present danger to the enjoyment of fundamental human rights within the state,” it said in a statement.

No one has been held and forcefully administered the vaccine, said Jamiru.