The Fall Of Africa: A Curse Or Leadership Crisis? 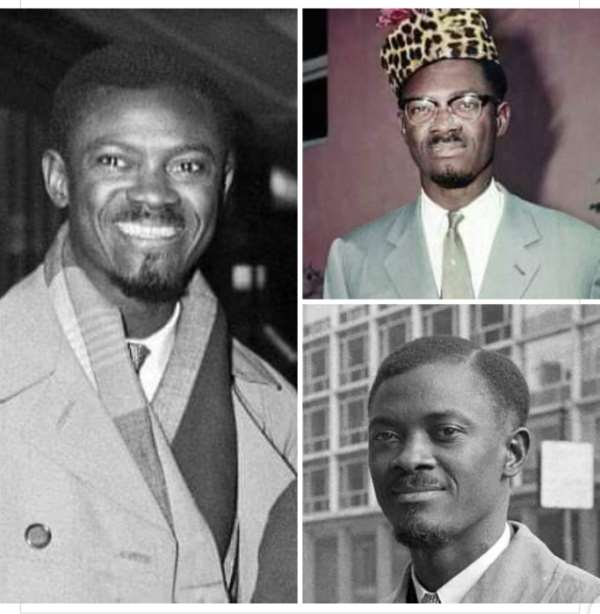 Acephalous nature of Africa has pupated into her culture of silence. What Africans say or sometimes do not say is purely driven by convenience, parochialism, antagonistic proliferation of political ideologies, hypocrisy to power and lack of conviction as a true pan African.

This is the age of science and technology. Technological digitalization has moved the world decades ahead of her age. So, couldn’t Africans have moved at the same pace as other continents? The long struggle and practice of African Democracy seems to be receding into oblivion in contradiction to the military days when its members spoke words that penetrated the halls of power. It is sad to know that the first civilisation to take Africans out of the continent was the Arabs and they took them from the eastern coast. History says notwithstanding that, the chain of Africans out of their soil does not down spirit other Africans from the path of struggle for independence, Liberia is the first black African country to gain independence in on July 26, 1847 from Americans. At that time, there was hygiene in the political dispensation/arena, standard of living was good, economic indicators were good/strong, Democratic Republic Of Congo was the richest country when resource was discussed on earth. Conservatively, yet today, D.R. Congo is one of the poorest countries on earth. Colonization did not touch the soil of Ethiopia, Kwame Nkrumah single handedly fought for our (Ghanaian) freedom with a remarkable developmental project than any president Ghana ever had. Civilization and economic development were fast approaching Africa but what went wrong?

The problems of Africa started when African leaders began to show characters that were/are totally inimical to the expectation of the ruled. When capitalist behaviour started, character of singlism and perniciousness and that was where and how we lost ‘Dr Nkrumahism’ in Africa. That is what I have refer to this regime as Kleptomaniac regime.

Have you ever wondered why African leaders keep going out for financial or material help despite the destructive effect of this so-called help on our economy?

Are you also aware that Africa is the richest continent in terms of natural resources yet economically poorer?

Well, while many Africans may argue that the current economic situation of the continent allows no other alternative than to beg and borrow, the informed, zealous and the determined young African intellectuals would rather go by Norman Vincent Pearle’s divinely guided conclusion as he affirms that “empty pockets never held anyone back. Only empty heads and empty hearts can do that.” The question we need to ask ourselves is: ‘Are we cursed or we are just facing leadership crisis?’

Looking at the poverty situation in which Africa has found itself for many years now, it is reasonable to argue that anybody who gets a leadership opportunity must understand it as a divine appointment to brighten the continent’s destiny.

Every African leader must see himself or herself as an agent of hope and prosperity rather than a predator and traitor. Is that what we are seeing in our beloved country, Ghana? Every endeavour must put first the interest of the constituent and in order not to jeopardize national and continental development through selfish ambitions.

It is about time African leaders realized that not all political and economic agreements are necessarily helpful. A critical look must be taken to examine the short as well as long term implications of the agreements so that we do not end up exchanging our precious heritage for immediate but volatile benefits such as grants, soft loans, humanitarian interventions in the form of food, clothing, medications, etc.

Africa is crying for young intellectuals who “will not be bought or sold, men who in their innermost souls are true and honest, men who do not fear to call sin by its right name, men whose conscience is as true to duty as the needle to the pole, men who will stand for the right though the heavens fall”.

With these kind of Africans intellectuals, the curse will be lifted upon us and the leadership crisis will come to a halt.

I think that Africans' curse can only be lifted when leadership respects the rule of law and also stop the Ghanaian style of pretending to use law to fight ‘galamsey’ (illegal mining).

African leaders (presidents for that matter) have so much power that they can interfere in matters of other organs of government. For example, recommendations from Emeli Shot commission on Ayawaso West Wuogon (AWW) gun shooting was rejected by government white paper, the Montie three who was contempt of the supreme court of Ghana to go on a jail sentence was pardoned by the president etc.

Going forward, there should be a legislative instrument (LI) to check and balance presidential powers.

Africans do not have powerful machines for industries unless we import but we have all the natural resources which we can use to force the white men to bring their industries to Africa which will make us lead in terms of made in Africa products in the world market. They should be an LI to make sure that no raw material is exported from Africa to the world market unless is a finished product.

Most African countries are more than forty (40) years after independence but cannot boast of good roads, safe potable drinking water, uninterrupted power supply and good education for African child without the support of foreign aid. Recently a project was funded by Euro Pond to work on the roads of all the farming communities in Ghana and Upper West Region was included. But to the greatest dismay of all, Sissala West and East which are predominantly into agriculture and for that matter the main producers of maize, groundnut, yam and beans in the Upper West region were excluded using whatever criteria, only heaven knows. What a system?

Youth Advocates for What is Right in Society