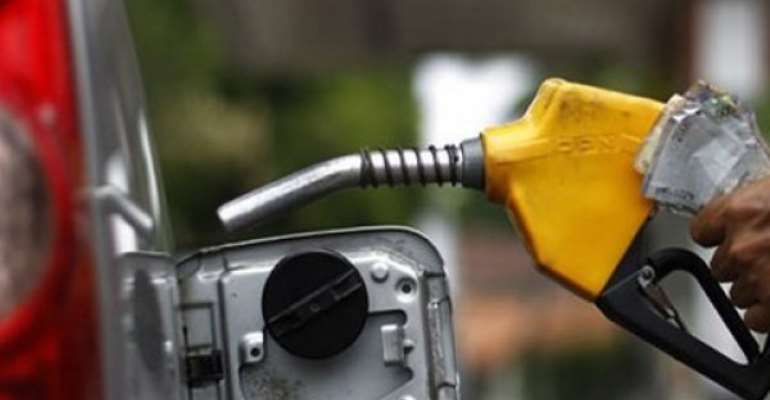 Safety at fuel pumps has for sometime now become a major issue and the concern of many considering the irreparable damage some explosions have caused the country.

While many people will like to immediately forget the incidents because of the indelible print it left on them and their family members, there is the need to consciously and constantly educate the public to avert the devastation some explosions caused.

For some years now, the country has experienced a number of accidents that claimed lives and property with majority of them happening in the capital, Accra.

Notably among the accidents include; the June 3, 2015 GOIL fuel station explosion which, over 150 lives were snuffed out in the most horrifying circumstances, the December 23, 2016 Trade Fair Gas explosion that claimed about six lives with many other injuries, the October 7, 2017 Atomic junction Gas explosion that resulted in seven deaths and about 192 injuries and the May 9, 2017 Takoradi Gas explosion among others.

MEASURES BY GOVERNMENT AND ASSOCIATION OF OIL MARKETING COMPANIES

Following the accidents that were recorded at various pumps and the considerable damage it had on lives and property, government adopted measures that included; regular supervision and the stoppage of the construction of more fuel stations that they perceived could be inimical to the lives of people and property.

Committees were also established to investigate the causes of those accidents that had negative repercussions on lives and the communities that witnessed those outbreaks.

The leadership of the Association of Oil Marketing Companies also rolled-out series of training programmes for Attendants, Owners, and other stakeholders in the oil and gas value chain.

Apart from that they also organized annual safety week programmes, where experts were brought in to educate members on safety measures and how they could avert the recurrence of explosions.

In the 2021, fifth annual safety week that was launched in Accra on Monday June 7, experts were brought in to educate the members and other stakeholder safety measures and other programmes that could enhance their activities.

It was also the springboard for them to review their performance in the past two years in the face of the coronavirus pandemic and other challenges they encountered in their duties.

Launching the week on the theme, "Re-inforcing positive behaviour at workplace to achieve the greatest participation of safety in the era of COVID-19", Dr Matthew Opoku Prempeh, Minister of Energy in a speech read of his behalf called on employers in the oil and gas industry to ensure constant safety at the pumps through transformational leadership.

This, he said they could do by repeating written and unwritten rules to subsequently make them part and parcel of their safety culture.

He commended the AOMC for constantly reminding their members of the standard practices adding that ensured incident-free activities now and in succeeding years.

Dr Prempeh called on the association to enact peer review mechanisms among members to eliminate practices that made them unpopular in the past.

"We will support to drive the energy sector and work with all of you to grow the AOMC agenda."

Mr Kwaku Agyemang-Duah, Industry coordinator for the AOMC said apart from safety at the pumps, the association would also educate members on contractor safety as that was often relegated to the background.

He said was important to talk about the outfits as that could also result in accidents if not properly done.

He gave the assurance that security safety would also be highlighted on as armed robberies at the pumps were increasing by the day.

Professor Alex Dodoo, CEO of Ghana Standards Authority, who chaired the function said safety was a shared responsibility and called on all to be on board.

He appealed to members of the AOMC to employ health and safety officers in their companies to minimize accidents and create job opportunities.

Sounding a word of caution to Government institutions, Mr Henry Kwabena Kokofu, the Executive Director of the Environmental Protection Agency, said very soon his outfit will put some government institutions that were practising activities inimical to the Agency and Ghanaians as a whole to court to serve as a deterrent to others.

He said the issuing of the EPA license was not static and could change within a blink of an eye depending on where the pendulum was swinging at.

“The EPA will enforce some conditions and permits and up the game and continue to ensure safety.

He said the disposal of used lubricants for example was worrying and needed more stakeholder consultations to eliminate.

Despite their numerous educational programmes on safety measures especially preventive measures, there are both domestic and industrial outbreaks across the country.

It is the reason why Deputy Chief Fire Officer, Obeng Dwamena at the programme stated that the petrochemical industry was a highly volatile area that needed special attention and precautionary measures to cope up.

He said apart from the fuel pumps, there were frequent accidents on major highways involving fuel tankers that had considerable damage to property causing deaths and various degrees of injuries.

Mr Dwamena called appealed owners of fuel stations and tankers to call for safety screening during loading and offloading to avoid accidents had created those problems in the past.

He said driving and stopping intermittently to rest on long journeys was congenial for long-distance drivers and called on owners to ensure that these were carried out for their own safety and all other Ghanaians.

Avoiding the immediate discharging of fuel at the pumps on arrival could be a good measure to prevent fire outbreaks said the Fire Officer who also called for regular training programmes for drivers, Attendants and stakeholders.

She reiterated the regular training of drivers of drivers and the engagement of the Ghana National Fire Service in all their dealings to ensure compliance and safety.

She said although the NPA had trained about 617 drivers, they still recorded about nine accidents in the first half of the year.

Accidents, both domestic have occurred over the years. Various training programmes and measures have been put in place. Drivers and the pumps have been at the receiving end.

Stakeholders have adopted various measures, but the AOMC has taken the bull by the horns to continue with the educational programmes to redeem the lost chances.

The expectation is to record zero accidents at the pumps and with tankers in succeeding years.