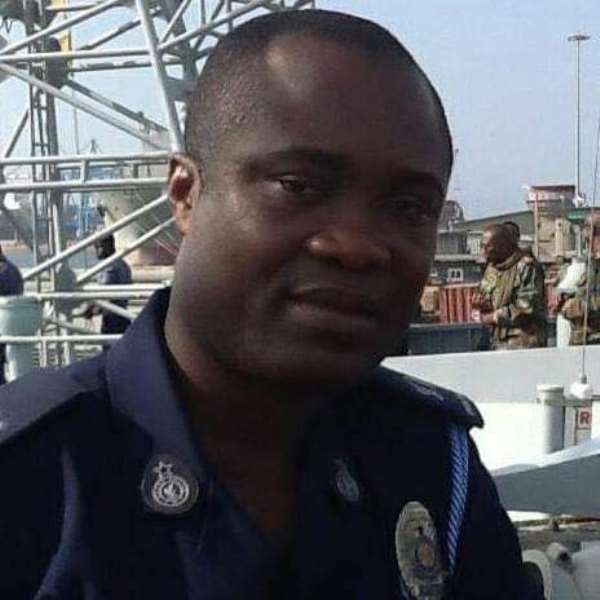 Winneba Divisional Commander of the Ghana Police Service, Chief Superintendent Samuel Asiedu Okanta has expressed his disappointment over false publications against him.

The report alleged that he arrested workers of an international real estate company allegedly operating at Winneba.

According to the Police boss, the said publication sought to create the impression that he was using landguards to harass workers of Sani Properties Investment Company, a Real Estate Company in Winneba.

Speaking to this reporter at Winneba recently, the Winneba Divisional Police Commander refuted the said publications making the rounds on some social media.

He said they are a calculated attempt to tarnish his hard-won reputation.

"I have not gone for landguards from Kasoa to frustrate alleged workers of Sani Properties Investment Company at Winneba.

"My subordinates have never arrested any worker of the said International Company. The allegation is false and should be treated with the contempt it deserves. It was only meant to tarnish my image," he stated.

The Divisional Police Commander further indicated that his checks at the Efutu Municipal Assembly and part of the Gomoa Central District Assembly which falls under his jurisdiction indicated that no such company has registered to operate in those areas.

According to the Estate Developer, there were no landguards in the vicinity left alone to frustrate potential investors.

He further refuted the said 300-acre land the so-called International Company said it had acquired for development purpose adding that the only space at the said area was just 1.6 acre of land.