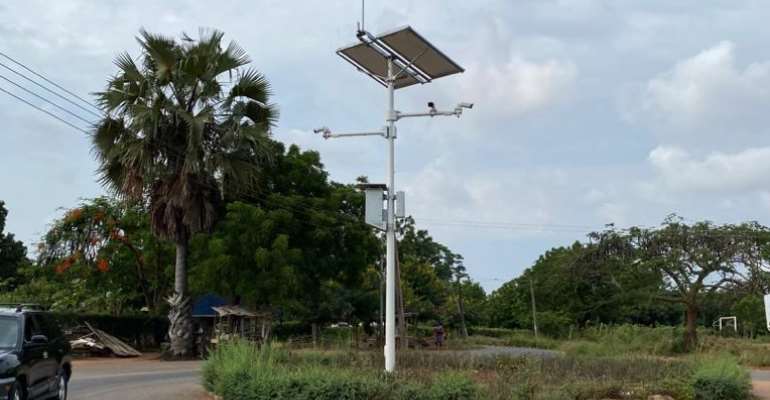 Former Chief Executive of the Accra Metropolitan Assembly, Alfred Okoe Vanderpuije has urged the government to activate CCTV cameras installed in Accra to help tackle crime in the capital.

The CCTV cameras were installed at vantage points as part of the Accra Areawide Intelligent Traffic Management System.

Mr. Vanderpuije who is also the Member of Parliament for Ablekuma South claims the devices are currently offline several years after they were installed.

“When you drive through the city of Accra, you will see these cameras that we started installing during my term of office and continued even after I left office, all over on white poles. There are some in Mamprobi, Chorkor, Osu, and other places, but they have not been activated,” he said in an interview on the Citi Breakfast Show on Tuesday, June 15, 2021.

“We installed these cameras throughout the city of Accra, and I am sure if you go to the scene of the incident, you will see cameras on the road because there are cameras all over Korle-Bu and Jamestown and a camera would have definitely captured the bullion car and the motorists following them somewhere around the city if they were activated.”

The system relies on a coordinated traffic signal system with digitised traffic lights and a centralised control centre where all traffic signals will be monitored and controlled to improve traffic flow, trip reliability and road safety.

The legislator claimed that the devices are offline because of a lawsuit initiated against the government for terminating the contract with a Chinese company called Beijing Everyway.

The private construction company filed a lawsuit against the Government of Ghana in the London court of international arbitration to demand $55 million from Ghana for abrogating the contract.

Beijing Everyway, said prior to the cancellation of the contract, it had worked on the provision and installation of a traffic management system.

“…[Beijing] Everyway has gone to court because the contract that was awarded to them was terminated under Nana Akufo-Addo and given to Huawei. So Ghana has been sued, and the matter is now in court. If Everyway was working on the project, all these cameras would have been activated,” Mr. Vanderpuiye explained.

Mr. Vanderpuije made the remarks on the Citi Breakfast Show while sharing his view on the recent robbery attack on a bullion van at Jamestown, a town in his constituency.

A police officer and a trader were shot dead by the robbers on Monday, June 14, 2021.

There have been a series of robbery incidents in Accra in particular in the last month, which are mostly carried out brazenly in the full glare of the public.

Mr. Vanderpuiye said the cameras would have deterred the robbers from carrying on with the attack if the cameras had been activated.