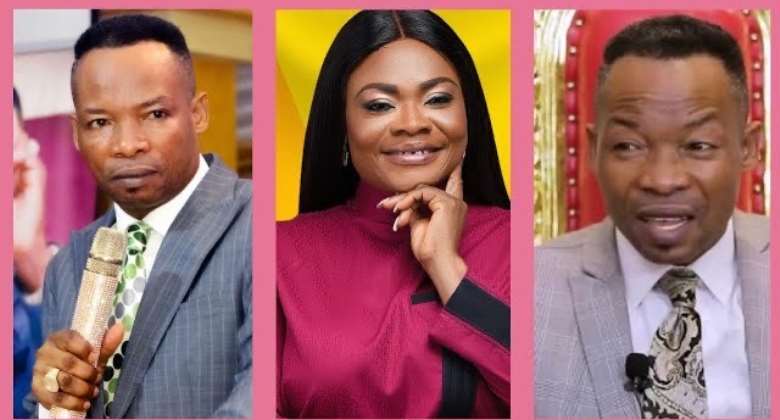 Archbishop Elisha Salifu Amoako has attributed the poor state of many African people to the work of witchcraft and nothing else.

He told Maame Grace on GHOne TV that the issue of poverty in African is caused by witchcraft and idol worship.

The leader and founder of Alive Chapel International, Bishop Salifu Amoako made this shocking statement in an exclusive interview on Sunday on a show called Revelations.

According to him, the problem of poverty tagged on Africans not only those on the continent but anywhere in the world where there is a black community.

He explained that our forefathers worshipped many bad spirits and idols that continue to cause many problems for Africans across the world.

The host, Apostle Maame Grace asked him why our leaders who are mostly Christians have not been able to solve the problems of Africa.

Answering, Archbishop Salifu Amoako stated that, most of our leaders are religious but not born-again Christians. "They mostly go to orthodox churches and practice dark occultism in the name of being Christians. They are not believers and born again."

To him, the leadership of Africa is under spiritual and witchcraft attack. "That is the biggest problem in Africa," he explained.

He continued, "Everywhere there’s a black man in the world, there’s the same African problem.

"In the 21st Century, there are 77 gods being worshipped at Cape Coast. These are bringing curses onto the land. Our ancestors worshipped rivers and trees when the world was driving towards God. When you do what God dislikes, you invite his curse on you. Curses reduce you. That is why Africa has been cursed with poverty even though we have all the natural resources in the world.

"We have diamond, cocoa, and gold but we are the poorest of the poor. People are committing crimes and doing blood sacrifices looking for quick money. These are acts of witchcraft manipulation. Poverty, sickness, hatred, suffering are all manifestations of witchcraft," Bishop Salifu Amoako explained.

Over 70% of global poverty is in African countries while poverty rates had been slowly increasing on the continent since the beginning of the SDG period (less than 1% in the previous 2 years). From 2019-2020, the number of people living in extreme poverty in Africa is projected to jump by approximately 8% to nearly 520 million Africans. This is around 40% of the entire population of 1.3 billion on the continent, data according to OECD.