Rasta Case: Is This Ghana's Tomorrow? 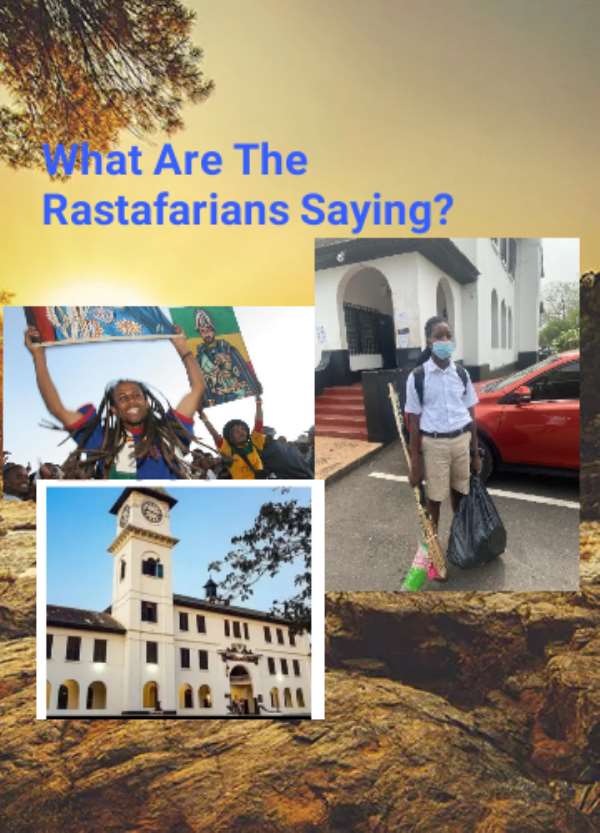 Goka had an ally in now desolate Amanfoso. At the height of its splendor, Amanfoso was the envy of the world. With their unique harmonious and peaceful coexistence, they gained an enviable accolade of being the most hospitable kingdom on earth.

This same enviable accolade led to the desolation of Amanfoso, and its inhabitants exiled themselves where they were welcomed or stayed behind and be consumed by the raging fire that turned these beauties into ashes.

Nana Mempasɛm was so liberal, accommodating and easy to forgive. He never enforced the hitherto rigid laws of the land that compelled the people to be austere and conservative to all the moral absolutes of the land.

Whoever went before him with his plea, he gave that soul the free liberties he sought. Be it that individual's freedom to say what he wished to whoever at the receiving end, or to walk unclothed in the streets, or a juvenile who needed not a guidance in an experienced guardian, Nana Mempasɛm granted these freedoms unconditionally.

Few years into his reign, none of his subjects was hindered by any rules of conformity.

Even where the kingdom's future leaders were groomed, the instructors had no code that'll be strictly abide by.

As in all cases, one's liberties does not transcends that of the doorsteps of the other, the Amanfoso people became individualistic, and each and everyone only pursued his parochial interest at the expense of the common good of the kingdom.

Then one day, a group of spiritually possessed youths went to Nana Mempasɛm, and petitioned him to grant the wish of their spiritual leader, to carry about their training grounds, a magic pot that'll let them be sagely than their mates. This pot they explained the instructors are forbidding its entrance on the grounds.

This too Nana Mempasɛm granted.

Few days after that, another group of youths on the grounds called _Naughty Boys_ made mockery of the pot carriers, calling them 'untiring donkeys'. And they (pot carriers) in turn, as also part of their belief, they exacted their own form of punishment on the Naughty Boys, by unleashing some poisonous snakes to bite the confronted youths.

The Naughty Boys too were not a whit to be trampled on, they cried to the hearing of their spiritual father far away, who from nowhere, commanded onto the grounds, bees whose bites are lethal.

In seconds, the bees turned the pot carriers into carcasses, and on the other innocent grooms and the instructors the insects turned their remaining anger.

It was a pandemonium scene.

These hapless grooms and their instructors ran from the grounds as they fell along dead as straws.

The black stool didn't get groomed heirs again. And when Nana Mempasɛm died, the spiritual groupings battled each other for supremacy, until anarchy had the better of Amanfoso, and the kingdom was set on fire, and reduced to ashes.

*INFERENCE of the parable*

In today's Ghanaian schools, the idea for enrolling students to seek knowledge is gradually being supplanted by a racing religiosity.

As far as I know, no a government since our republican status have pursued an agenda of denying the rights of any minority - be it religious or ethnicity, even when we'd not had this recent interpretation as ruled the Rastafarians can wear locks to school.

In spite of the court's verdict going in favour of the Rasta boy contrary to what I stood for, I still maintain the Achimota school should have been listened to. Basing my stance on what we should embrace ourselves for sequel to this ruling. The liberality of religious faithfuls rivalling to outdo one another in their dominance on campus that will flood our education system, is now going to blunt the purpose for which students are enrolled.

We should expect Trokoshis go to school in loincloths, Muslims veiled, Wulomos walk barefooted, and Kwaku Bonsam and his fetishistic faithfuls carry flying whisks in classrooms.

Africans are easy to be bought by religiosity, and this the government lawyer couldn't battle the Rastafarians on to allow our schools to teach instead of promoting religious faith.

A country of prayer warriors alone can hardly battle out the formidable enemies of illiteracy and poverty that stymies our forward march onto the promised land.