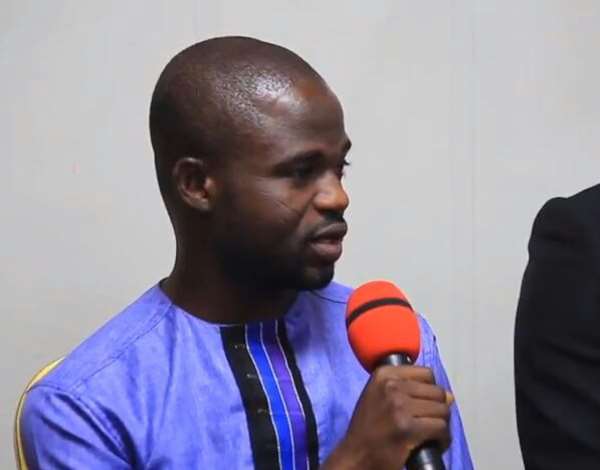 Investigative journalist Manasseh Azure Awuni has descended heavily on the President of the Ghana Journalists Association (GJA) for not getting full facts before commenting on the detention of Citi FM journalist Caleb Kudah.

Roland Affail Monney had faulted Caleb Kudah for breaching the GJA Code of Ethics in going to the premises of the National Security Ministry to film without the required permission.

However, a couple of days after this, Mr Affail Monney issued an apology to Ghanaians and said he did not, at the time of granting the interview, have the full facts of the situation before commenting.

“Unsurprisingly, my condemnation of the office invasion and physical brutalisation was muted while my comments on Caleb’s ethical style was tilted and overly highlighted obviously to achieve certain sensational ends,” he told journalists in Accra at a press conference on Friday, May 14.

“As a student of leadership, I have learned that a leader is not afraid to change course when confronted with fresh information which challenges earlier assumptions.”

He added: “I also take note of the righteous indignation and emotional overdrive over the issue.

“I therefore render my sincerest apology for any misimpression created that I was insensitive to the plight of the two journalists but excited about the excesses of the National Security operatives.”

But speaking on The Keypoints on TV3/3FM on Saturday, May 15, the Editor-in-Chief of The Fourth Estate said Mr Affail Monney seemed late to the party anytime journalists are attacked.

Mr Azure Awuni said even on his own volition, he had gathered a few facts about the incident to have an informed opinion on the matter as of close of Tuesday, when the incident happened.

Therefore. for a GJA President not to have the full facts by Wednesday evening when he granted the interview, to Manasseh Azure, was mind-boggling.

He said even Mr Affail Monney has no business leading the GJA because his tenure has expired.

'Very old Amidu 'supposedly experienced' yet survived for on...
3 hours ago