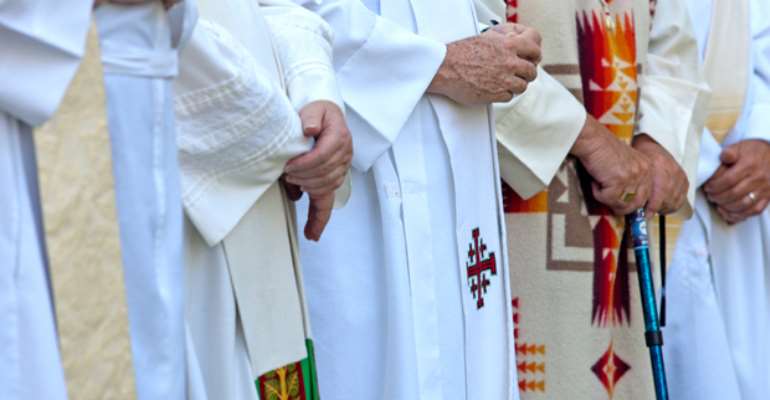 THE ONE problem facing most Christians today, especially those in Ghana, is the misunderstanding of the word “ministry”. Some Christians understand it to mean a church; others take it as the exclusive work apostles, prophets, evangelists, pastors and teachers do. Many others do not understand it at all.

The erroneous conception of ministry as the work pastors do was emphasised by a deacon during a leadership meeting in Kumasi. According to the deacon, ministry belonged only to the clergy and that they should fast and pray, evangelise and visit backsliding members in the hope of restoring them. This was after the lead pastor of the church had complained about poor church attendance.

However, Christian ministry simply means Christian service. And this service has sadly been limited to that of only the clergy through the creation and sustenance of the culture of clericalism in the post-apostolic Christianity.

Thus, today, the clergy, the specially-ordained ministers, who are considered as first-best Christians including popes, archbishops, cardinals, bishops, apostles, curates, vicar, prophets, evangelists and others, are expected to do Christian ministry.

In other words, they are to preach and teach the word of God, baptise believers, counsel troubled people, officiate wedding and burial ceremonies, administrate the church, pray for the sick at the hospitals and homes to receive healing and so on.

However, this notion of the clergy-only Christian ministry is erroneous, considering the scriptural and biblical meaning and contextual application of the word “clergy”. It is important that the terms clergy and laity are clearly explained.

In the words of George B. Wilson, the word clergy has no intrinsic relation to religion or the holy. The Oxford English Dictionary informs us that a kleros (clergy) was a “lot, an allotment, a piece of land, and estate, a heritage”…What was inherited, the thing shared, was quite mundane and secular: physical property. At root, clergy are propertied, people with an inheritance.

Wilson continues that this secular meaning of clergy was gradually transformed by the Christian community. The result is that most Christian churches understand the clergy today as persons functioning within the priesthood of all the people but ordained, or set aside, for particular service, especially in connection with Eucharistic ministry.

That is not to say that the early church did not recognise certain individuals as exercising particular forms of service in the community. It did. But the practice of grouping them together under a single collective noun, as kleros, and thereby distinguishing them from an undifferentiated mass of members is a later phenomenon, reflecting a later stage of societal development.

According to him…prior to that stage of development, it would also be a mistake to refer to anyone as laity. The paradox is that there was no collection called laity until there was a class called clergy.

Thus, Prof. Emmanuel Asante, in his book asserts that the distinct categories of lay and clergy are being questioned today, more so, because the Greek word, Laos, from which the English, laity, derives, means quite simply, people.

In the secular Greek, the expression was used in reference to the population of city-states. In biblical Greek, Laos was intended to mean the whole people – that is, a people who are sacred, as distinct from those who are not. Laos then was an inclusive word, denoting all the people of God.

He quotes Robinson and makes the point that, though two words, kleros (clergy) and Laos (laity), appear in the New Testament, strange to say, they denote the same people, not different people.

He further quotes Lightfoot as writing that “the only priest under the Gospel, designated as such in the N.T., are the saints, the members of the Christian brotherhood. He concludes by stating that “all Christians are God's laity and all are God's clergy.

In Ephesians 4:11-12, Paul, the apostle, does not mention the apostles, prophets, evangelists, pastors and teachers as only Christians who participate in the ministry of Christ Jesus. He actually points out that these five-fold ministers are set in the church to facilitate the spiritual equipment or perfection of the saints (Christians) for the work of ministry.

This means ministry should not be seen to be the work of only the clergy but all baptised believers. It is for this reason the doctrine of the priesthood of all believers must be upheld, promoted and sustained by the modern church for the furtherance of the gospel.