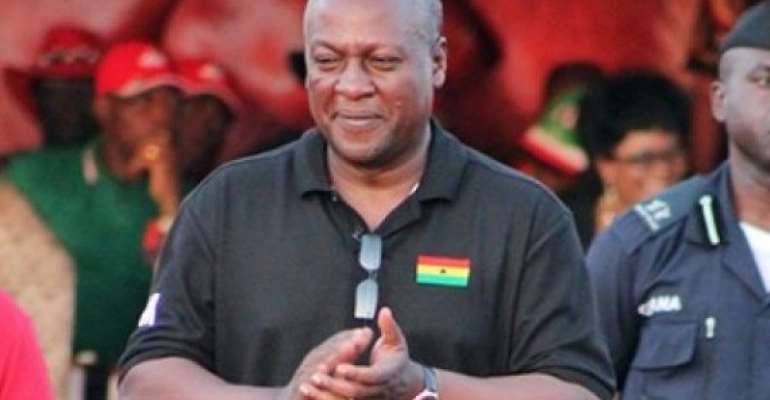 An Executive Member of the National Democratic Congress (NDC) in Tema East, Stephen Ashitey Adjei, aka MOSHAKE, is warning the party that former President John Mahama will be tough sell to floating voters if the party elects him again as Flagbearer for 2024.

In his latest epistle about ongoing developments in the party, Mr. Ashitey Adjei, alias Moshake, warns that floating voters in the country have still not been convinced about the former President and will therefore not vote for him if he is made Flagbearer.

“If what we saw in the 2020 election is anything to go by, then we know that the floating voters are the most important constituency to woo. The NPP has its set of diehard supporters who constitute its base, the same as the NDC and these political bases are about 6million apiece.

“What we need is somebody who will appeal to the little over 500,000 non-aligned Ghanaians who are prepared to only vote on the basis of issue, policies, and track record. I’m sorry this critical constituency has no romance for John Mahama,” Moshake wrote.

The warning is coming in the wake of views from within the party that former President John Mahama is the best man to lead the NDC in the 2020 election.

However, amidst this pro-Mahama opinion, there has also been contradistinction from some heavyweights, notably, some cadres and elders of the party including Mr. Dan Abodakpi and Dr. Banjamin Kumbuor who have advised that the party concentrates on healing itself first before considering electing a Presidential Candidate for the 2024 election.

According to Moshake, a myriad of factors continues to militate against the popularity that John Mahama needs among floating voters.

“He has not been able to shake off the NPP’s successful branding of him as an incompetent man. It is not difficult for anybody who has any political experience to see that if we present John Mahama again, the NPP will simply return to the old mud that they threw at him.

“Also, there is the experiences that people had under Mahama that will make them choose the worst from the NPP over him. For instance, how do you expect a GPHA ex-worker whose severance benefits were ignored by President Mahama even after former President Mills had directed that they are paid before he died, to be happy with Mahama and vote for him?

“And what about the Nursing and Teacher Trainees whose allowances were withdrawn?”

According to Moshake, “many people also already think that Mr. Mahama is now lusting for power because as an individual he has served in virtually every single political office, from the Assembly level to the Ministerial and Presidential level. He is a former President now; the question is what is he coming back for? That is the question floating voters will ask,” Moshake wrote.