Macron says Strasbourg should have pride of place in European project 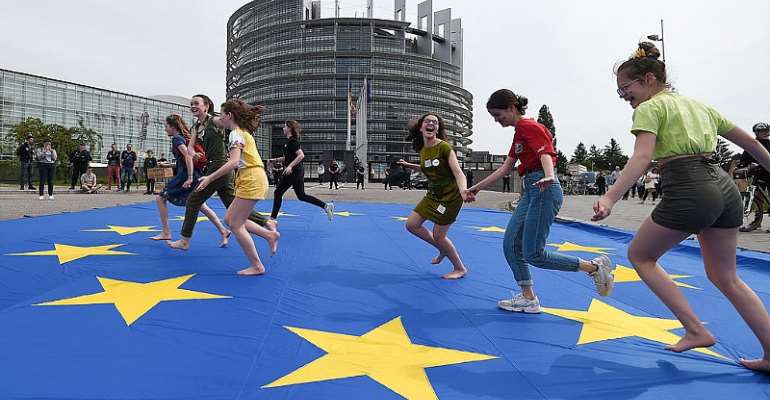 French president Emmanuel Macron on Sunday used Europe Day to underline the importance of the south-eastern city of Strasbourg in the effort to strengthen pan continental ties.

"If Brussels is the capital of Europe's offices, Strasbourg is the capital of its heart and soul: where it is where its values are defended," Macron said in an interview with the newspaper Dernières nouvelles d'Alsace (DNA).

Citing the city's institutions such as the European Parliament, the Council of Europe and the European Court of Human Rights as well as the television channel Arte, Macron said Strasbourg should remain at the heart of the European vision.

Strasbourg is the venue for a conference on the future of Europe. The French leader is scheduled to give the opening address during which he is expected to call for more thought on European intregration.

Work
"It's about political work in the deepest sense of the word: to see how to improve everyday Europe and make it closer to each and every one of us," he said in the DNA.

"It is also about encouraging everyone to think about the Europe we want in 10 or 15 years."

A survey commissioned by the European Parliament and the Commission found that eight out of 10 Europeans believe the conference should focus on how the EU can better manage crises such as the Covid-19 pandemic.

"This conference is for ordinary citizens," said David Sassoli, president of the European Parliament. "Europe is not just for the elites, nor does it belong to them."

Jeanne Barseghian, the mayor of Strasbourg echoed Sassoli's view. "This is a wonderful opportunity for citizens to say how they see Europe," she told Agence France-Presse.

"It is essential that the voice of European citizens is heard. The conference should not be a gimmick or an empty shell."