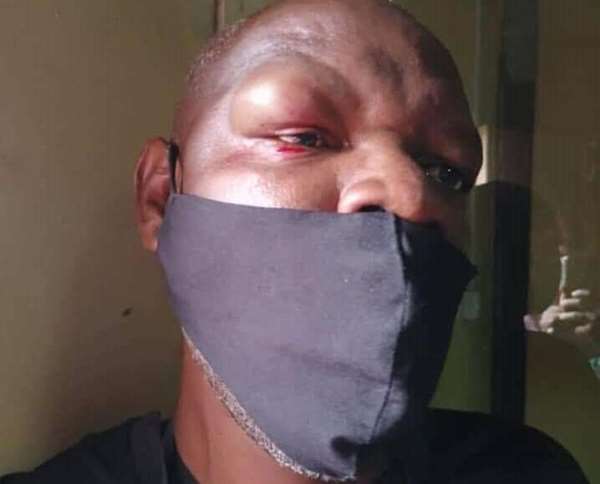 Lusaka, Zambia, May 4, 2021 – Zambian authorities must thoroughly investigate the recent attack on two reporters and ensure that the press can work freely and safely, the Committee to Protect Journalists said today.

On May 1, supporters of two factions of the ruling Patriotic Front political party violently clashed at the party’s headquarters in Lusaka, the capital, and unidentified members of the crowd attacked Francis Mwiinga Maingaila, a reporter at the privately-owned news website Zambia 24, and Nancy Malwele, a reporter at the independent New Vision newspaper, according to Maingaila, who spoke to CPJ via messaging app, and a Facebook post by the independent broadcaster Phoenix FM.

Attackers kicked Malwele, causing a minor injury to her leg, and she was able to escape from the scene, according to those sources. Maingaila told CPJ that a group of about 10 people stole his camera, wallet, and phone, and punched and kicked him when he resisted. He was left with swelling on his face and eye, he told CPJ.

Police have opened an investigation into the attack, Maingaila said.

“Zambian police must ensure that those who assaulted journalists Francis Maingaila and Nancy Malwele are speedily identified and prosecuted, to send an unequivocal message that violence against journalists will not be condoned,” said Angela Quintal, CPJ’s Africa program coordinator, in New York. “Journalists must be free to do their jobs safely and without fear, especially ahead of the country’s August election, when the political temperature will likely increase.”

The fight broke out when Patriotic Front members who did not support Chishimba Kambwili, an opposition leader who recently returned to the party, stormed the party’s headquarters and attacked Kambwili’s supporters, according to news reports and video of the confrontation shared on YouTube.

Maingaila told CPJ that party officials and police watched and did not intervene while he and Malwele were assaulted. He said that after he identified himself as a journalist, the attackers seized his camera and phone, saying they wanted to stop him from publishing information about the violence.

Following the scuffle, Maingaila said he told party officials about the attack, and they advised him to submit a list of the missing items. He then sought medical attention at a nearby hospital and was discharged later that evening. His phone, camera, and wallet have not been returned as of today, he said.

During a World Press Freedom Day commemoration in Lusaka yesterday, President Edgar Lungu referred to the attack and condemned the violence against journalists, urging the police to arrest those responsible, according to the local news website Zambia Reports.

Following the president’s speech, police invited Maingaila to give a statement about the attack, according to the journalist and reports. Maingaila told CPJ that he gave the statement today and that the director of the Criminal Investigations Department directed police to ensure that all suspects were arrested.

Zambia police spokesman Esther Katongo told CPJ in a phone interview that the investigation was ongoing, and that more information would be available as it proceeded.