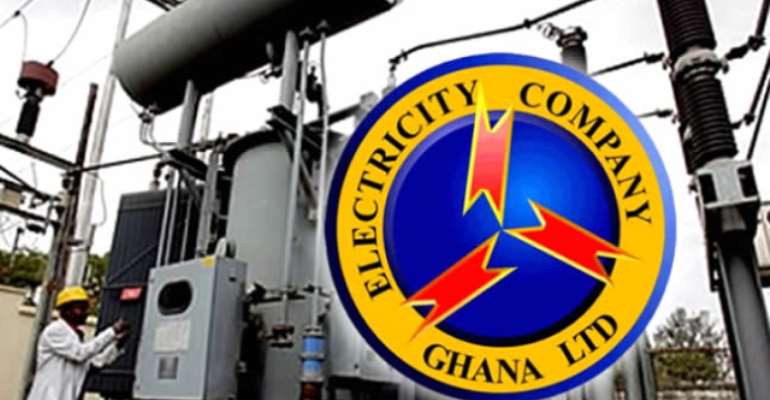 The Electricity Company of Ghana (ECG) is expected to release a load-shedding timetable for parts of the Greater Accra Region spanning 10-17 May 2021 to allow engineers do critical works at the Pokuase Bulk Supply Point.

ECG CEO Kwame Agyeman Budu told the media during a tour of the project on Tuesday, 20 April 2021 that: “We are coming up with a planned schedule for the areas that are going to be affected”.

“The areas have been grouped into four”, he noted.

He added: “It has been scheduled in such a way that no single customer will see the outage throughout for the eight days”.

According to Mr Agyemang Budu, customers “will see probably 12 hours’ outage in the day time” while “the next three days, they will experience the outage in the night time”.

“It will be rotated,” he noted.

Earlier this month, Energy Minister Mathew Opoku Prempeh warned that due to ongoing upgrade works on the Kasoa and Pokuase substations, there would be erratic power supply in May.

“Just two days ago, I received a letter from MiDA [Millennium Development Authority], who are helping upgrade the Pokuase and Kasoa substations”.

“They informed me that the progress of the substation is such that in the month of May, there will be systematic power outages, so, we have invited both ECG and GRIDCo and in the light of that, let us sit and plan and communicate with the people who will be affected way before it happens”, the minister said.

Dr Prempeh made this known at a forum in Accra on Thursday, 8 April 2021.

He said his ministry’s current talks with the Ghana Grid Company Limited and the Electricity Company of Ghana, will help in strategising to minimise the impact of the outages on Ghanaians.

Also, he said “a revised energy policy is going through its final processes of consultation”.

“At the appropriate time of approval, it will be made available to everyone,” Dr Prempeh further noted.

The minister recently appealed to Ghanaians to have patience with the government as his ministry does all it could to solve the intermittent power outages currently afflicting the country.

Speaking to journalists during the tour, he said the intermittent power cuts are a result of system challenges and, thus, cannot be likened to the four-year power outages experienced under former President John Mahama from 2012 to 2016 due to production and financial problems, which necessitated a load-shedding timetable for the whole country.

“I think the issue of financial challenges doesn’t even come in here because they are doing the project, we can all see it, so, where does finance come in? The people don’t have money to buy lunch, or?” he wondered.

“I don’t know but as far as we can see, the project is an ongoing project, so, it’s not about finances, it’s just that if you’re renovating your house, sometimes, it’s more complicated and it’s more expensive than even building a new house”, he explained.

According to him, “these lines that we’ve just been informed were strung, some in 1950, some from 1965, the power they were supposed to transmit, Accra has expanded tremendously, so, they are giving us lines that can improve the power situation in Accra”.