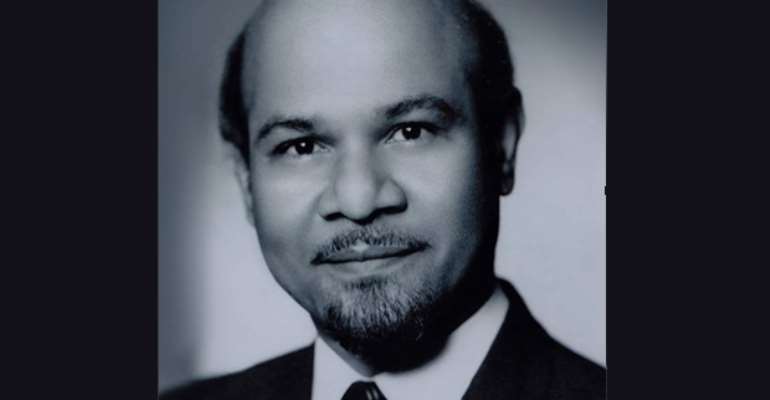 Comets might not be seen physically by the young, when one of the makers of our country's history departs the ephemeral world.

Not so, however, for senior citizens and others, who have graduated to the class of senior citizenry, and others who cherish history, and hence, take the pains to find out those whose indefatigable efforts have brought us this far, as a nation.

Dr. Emmanuel Evans-Anfom, the oldest medical doctor in the country, has passed on to eternity, after serving humanity markedly.

Unsurprisingly, news about his transition, resonated more among those who acknowledge his contribution to the development of the medical profession, than with the mundane.

His contribution towards the Ghana Medical School, of which he was a pioneer-lecturer, is well documented, as are his roles in the country's general development.

Aged 101, the doctor, administrator and academic, is one of the personalities in our history worthy of state recognition, as his mortal physical body returns to dust.

An opportunity has reared its head for us to celebrate a hero; because, failing to do so, creates room for the living, to not to follow in the path of patriotism and loyalty, as Doc did so selflessly.

He straddled the country as a colossus, and represented for us, the epitome of a role model, whose footprints on the sands of our history will remain forever indelible.

For those who do not know it, Dr. Evans-Anfom, who hailed from the Ga-Adangbe stock, was one of the few Ghanaians, and perhaps the only doctor in the country, whose services took him to all the regions of Ghana. From the North to the South and from the East to the West, he etched his name in the roll call of the regions, serving with distinction and excellence.

Students he trained to become doctors, have all grown to bequeath knowledge to others and still counting.

His service was not restricted to the medical profession alone, but in other fields as well.

During one of his public appearances, in the twilight of his sojourn on this earth, he was honoured by the Ghana Medical Association, when graduating medical students were being inducted into the profession.

For those who saw him that day, at the Accra International Conference Centre, they could not but reflect upon the transience of life and the importance of service to humanity.

Trained at the University of Edinburgh Medical School in Scotland, his service did not stop in Ghana. It stretched to the Congo, where he again etched his name in the local register of service-providers, in the field of medicine.

Just as he did in the medical profession, he transformed the status of the then-University of Science and Technology, where he served as Second Vice Chancellor.

His legacy there, was the introduction of the matriculation process for freshers into the university community.

Personalities such as the departed Doc should be constantly flaunted, as an epitome of excellence and patriotism, so that young Ghanaians would be more preoccupied with what they can do for Mother Ghana, than vice versa.

All we can do now is to recommend him to those who have limited knowledge about the makers of our history, as a departed role model.

Dr. Evans-Anfom, Ghana will miss you. Requiescat in pace.