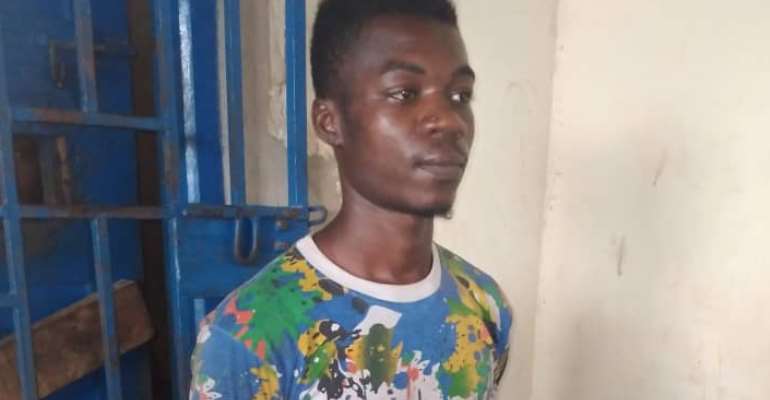 Isaac Larbi, the man who allegedly killed his ‘wife’ at Onakwase in the Ayensuano District of the Eastern Region has told Police that the ghost of his wife is haunting him.

According to the acting Public Relations Officer of the Eastern Regional Police Command, Sergeant Francis Gomado, the suspect was initially under investigation for allegedly stealing a motorbike at Onakwase Community.

He said on April 1, 2021, the local Police were informed that the suspect had been arrested and detained by the Kwabenya Police in Greater Accra region together with his accomplice Nii Benjamin, 23.

Coaltar Police went for the suspects on the next day at about 5:45 pm and brought them to Kraboa Coaltar District Police Command for investigation together with the stolen motorbike.

He said on April 3, 2021, whilst suspect Isaac Larbi was under interrogation he revealed that he had killed wife Akosua Abigail Larbi, 20, after a misunderstanding ensued between them and that her ghost was haunting him to confess. 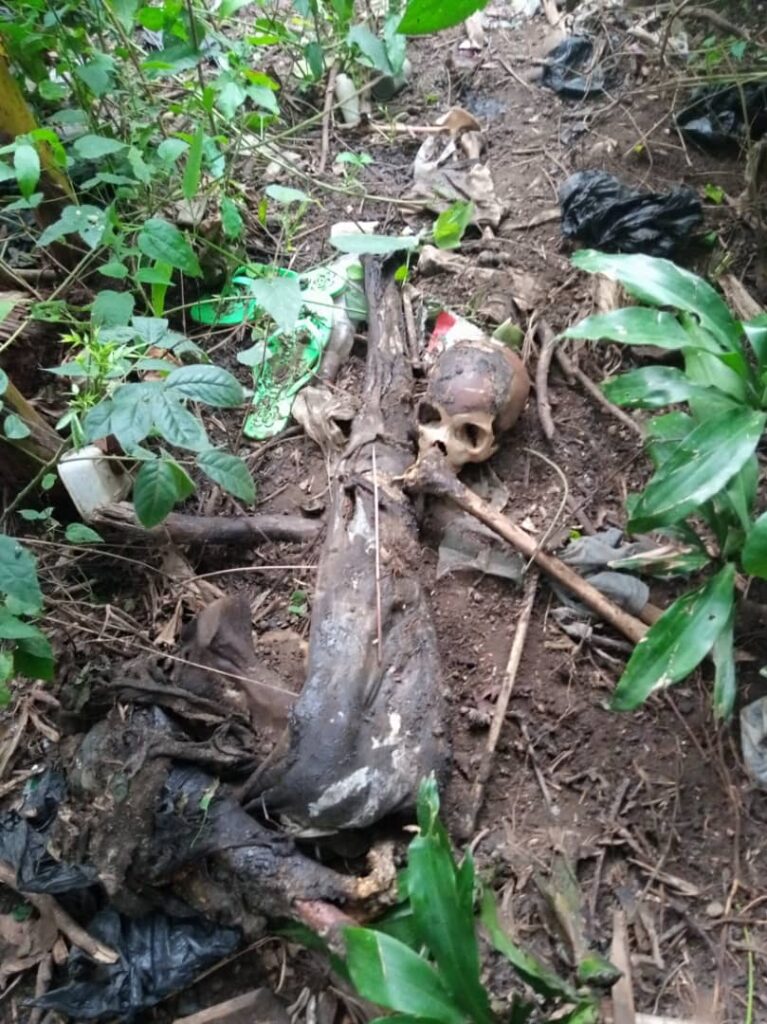 “After receiving such terrible and horrified news, Police organized and proceeded to Onakwase in the company of the suspect to identify the location of where he allegedly dumped the body. Upon reaching the town, a mob of irate youth mobilised in their masses threatening to take their revenge on the suspect. The situation thereby compelled Police to retreat to base safely with the suspect without visiting the scene in order to prepare adequately to visit the location where the body of the deceased was allegedly dumped for the necessary procedure to be taken,” Sergeant Gomado said.

Starr News gathers that Abigail Larbi stormed out of the House with her two children including a two-year-old baby, to stay with her mother at Kofi Pare -a nearby community after the misunderstanding that ensued between the cohabitating couple.

Three weeks ago, the suspect Isaac Larbi however, lured his ‘wife’ to board a motorbike he took to the community under the pretence of hanging out with her, at a time her mother had stepped out from the house.

The young woman was never seen again in the community.

Samuel Otu Larbi a former Assembly Member told Starr News “three weeks ago the lady went missing. Meanwhile, the suspect had taken someone’s motorbike and rode to Accra. So investigation led to the arrest of the guy who gave his motorbike to him. The boy also opened up to police that the suspect asked him to bring his bag to him. So there was pressure on the boy to help find the whereabouts of the suspect. So he was arrested at Madina area. The suspect was tight-lipped until his Uncle went to the Police cell to speak to him before he divulged the information. So the Uncle left the police cells and went to where the body was dumped to verify before informing the police”.

The acting Public Relations Officer of the Eastern Regional Police Command, Sergeant Francis Gomado told Starr News, the Command was yet to be briefed on the incident.