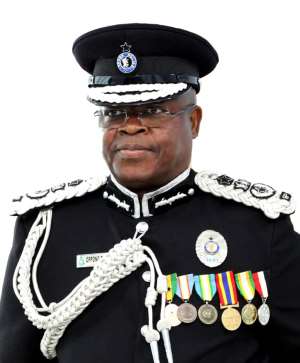 PETITION TO THE INSPECTOR GENERAL OF POLICE (IGP) WITH REFERENCE TO COMMENTS MADE BY THE KASSENA-NANKANA MUNICIPAL POLICE COMMANDER, DSP. OPPONG AGYARE FRANCIS CONCERNING THE CURRENT RISE OF ARMED ROBBERY CASES IN THE MUNICIPALITY.

Per the Constitution of the Republic of Ghana, the Inspector General of Police (IGP) is the leader of the Ghana Police Service who subjects to directives from the Police Council and is responsible for the day-to-day supervision and control over the Administration and Operation of the Police Service. Which includes:

Thus, I wish to inform you about the rise of armed robbery cases in our municipality in recent times and comments made by DSP. Oppong Agyare Francis to the youth of Navrongo when he granted an interview.

Over (5) five-armed robbery cases were reported within two weeks in the Municipality.

Notable among these armed robbery incidents include the incident that happened on February 26th, 2021 near the Municipal Police headquarters where a teacher was robbed off his motorbike and cash. (URL: https://ghanaweb.com/GhanaHomePage/crime/Teacher-robbed-at-gunpoint-in- Navrongo-1191805 Date: 2021-02-28), on March 02, 2021, another robbery happened at the

Residents begun to live in fear because of the inactiveness of the Police command in the Municipality. This forced the residents to begin to adopt measures that will help them protect their lives and property and this led to the unfortunate lynching of some two suspected armed robbers on February 28th, 2021. https://ghanaweb.com/GhanaHomePage/regional/Regional- Reports-Two-suspected-robbers-lynched-at-Kologo-1193044 Date: 2021-03-01, as reported by Ghanaweb.com.

Even a working visit by the IGP James Oppong Boanuh on February 17th wasn’t enough to cajole DSP. Oppong Agyare Francis to employ new tactics in fighting crime in the area. And I consider him inapt for his current position.

Despite the lackadaisical approach of the Police command in the Municipal in fighting crime, the Municipal Commander DSP. Oppong Agyare Francis further exhibited his ignorance on March 4th, 2021 when he granted an interview on A1 radio in Bolgatanga and alluded that, their intelligence suggests that some of the youth will leave their motorbikes in the open, enter a bush with their women doing what they want to do and at the end lose their sense and thieves will come for their motorbikes and went further to appeal to the youth stop this behavior.

The harmless question begging for an answer is, in this day and age, DSP. Oppong Agyare Francis still thinks that young men in Navrongo who can afford a motor bike can’t afford a decent place to accommodate their girlfriends but in the bush? His comments are bizarre, uncalled for and unwarranted dehumanization of the young people in Navrongo who the Police in the Municipality are unable to protect.

Within one week, the youth in Navrongo demand an unqualified apology from DSP. Oppong Agyare Francis, who has slept over his job all this while and enabled crime to foster in our communities like wild fire.

The youth also demand the immediate removal of DSP. Oppong Agyare Francis as the Municipal Police commander for the Kassena-Nankana Municipality to make way for crime detection and prevention.

Sir, your immediate responses to these concerns will inform our next line of action as youth of the Kassena-Nankana Municipality.

Latest Photo Reports
Catch up with all the political quotes from our politicians.
Advertise here
More Petitions
ModernGhana Links
Petition to Ghana Parliament on the issue of LGBTQ+
Petition to His Excellency Nana Akufo-Addo to revoke the approval of Mr Samuel Addai Agyekum as DCE for Kumawu Sekyere District
Concerned NPP Youth of Bekwai kicks against the reappointment of Bekwai MCE
Petition for the removal of the wig in the judicial services of Ghana
Scrap MPs Ex-Gratia and use it for developmental projects
NDC Professional Forum Petition CHRAJ To Investigate And Prosecute Killers Of December Elections
Concerned student petitions UG management over double track module for 2021 academic year
Frustrated Business Woman Petitions Chief Justice, Akufo-Addo To Stop His Bodyguard From Bullying Her
Petition Of  New Juaben Kontihene To National House Of Chiefs President—A Fatal Misjudgment
TOP STORIES