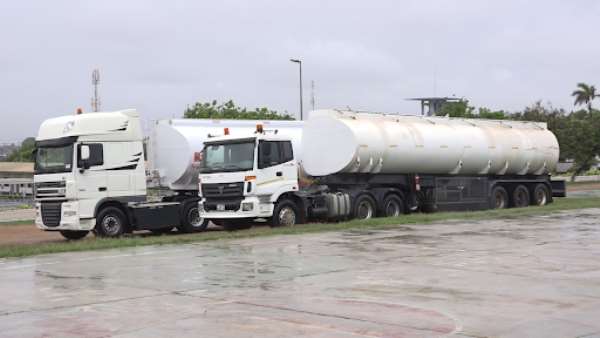 The Chamber of Bulk Oil Distributors (CBOD) has revealed that government and the people of Ghana lost GHC1.9billion to tax evasion in 2019.

The Chamber blames the losses on a compromised Petroleum Product Marking Scheme (PPMS).

Speaking at the virtual launch of the 2019 Ghana Petroleum Industry Report in Accra, Mr Senyo Hosi, the CEO of CBOD said the PPMS which was established in 2012 by the National Petroleum Authority (NPA) to respond to the growing occurrences of petroleum smuggling, dumping of untaxed products and adulteration of petroleum products is possibly compromised at the depots.

He noted that perpetrators of these illegal activities who often distribute their products through the traditional channels like retail outlets and bulk consumer points led to major losses in government revenue and compromise the quality of products, further leading to damage to vehicle engines and breaches of environmental and health standards.

Mr Hosi added that the unmarked petroleum products that found their way to the pumps are often diluted and/or adulterated.

According to him, some retail outlets during field visit were assessed and scored as Pass, Suspect, Suspect Dot or Fail. Those marked as failed means there was a clear dilution and or adulteration of the sample. In the commencement of phase two of PPMS in 2019 with the new MSX 2000 device unlike the LSX 2000 used in phase one, the average retail outlet failure rate was 1.99%, a 0.64% increase of that recorded in 2018.

Mr Hosi stated: “The PPMS is a mechanism by the NPA to monitor and track products right. So we actually have some chemicals doped in our products and those are supposed to ascertain whether the products at the pump are well reported within the entire trading scheme i.e quality reported and certified and also taxes on these products are collected. For products that are general marked the assumption is that the quality has been ascertained by the state and also taxes have been paid on these products.

“So when you actually get into a gas station and it’s tested and NPA does that test and there is a failure in that product as far as the market is concerned it suggests that illegal products have actually come into the gas station and possibly the quality itself has been compromised.”

“In 2019, there’s been a slight shift from 1.35% in the failure rate to 1.99%. When you juxtapose that with petroleum tax losses you will realize that the lowest failure rate was in 2018 and that works perfectly with what we also observed with the tax evasion that was recorded for 2018. It’s been the lowest for the period covered. But for us to just have a marginal change in 2018 but have an astronomic change in the reported tax evasion of GHC1.9 billion in total raises a major question. It suggests that the marking that is going on at the depots is possibly compromised,” Mr. Hosi said.

He continued, “If you are not identifying a lot of these products about GHC855million that can’t be accounted for and yet still, we don’t really identify them that much at the pumps there is a possibility that our marking system is compromised – in that, you have illegitimate products accessing some markets and that brings to question that entire effort to fight illicit petroleum product challenge the industry is facing.”

Mr. Hosi called on policy makers to take more concrete steps to address the loopholes that continue to cause the industry to bleed. “It is something that is of major concern and policy makers will have to take a cue from this [Petroleum Industry] report and look into it much deeper.”