What about the people of Sall? 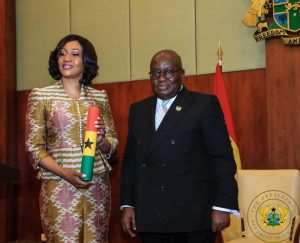 Brenda Wright (2019) reviewed a lecture titled "Give us the Ballot" delivered by Martin Luther King Jr.. The review gives me the opportunity to read and reflect about the historic narrative of the democracy of America and do some comparisons here and there to the current democratic dispensation here in Ghana.

My reason for the comparison is anchored on the fact that America is largely considered the citadel of democracy globally and as a younger dispensation like ours, it is not out of place to make reference to what is touted as the best.

In that particular lecture held on 1957, Luther spoke on behalf of the "demos" meaning the people. He did not speak for himself, he spoke for the masses and spoke for generations. It was more of a radical advocacy, where he called on the American authorities to recognize the voting right of all Americans without any discrimination.

Even though a court had made a ruling in the historic case, Brown v. Board of Education that directed that sagregational Education be stopped for inclusive and equal opportunities for all, the government at the time demonstrated a lucid massive resistance because it was benefiting from racial discrimination in all spheres of life and not just in the area of education . Indeed, it was because of that extreme racial discrimination that took Brown to court.

At the heat of struggle for recognition, respect, inclusiveness and equality, Luther spoke for the marginalized by demanding that the state recognize black Americans and let them be part of the decision making process hence his title "Give us the Ballot". People thought that was a certain lofty untenable dream led by Martin Luther considering the reluctance and adamancy of State Authorities at the time. The activism continued beyond his lecture and finally by 1970, about 60% of African Americans were registered. They were by this registration, granted a voting right and that had been the critical determinant factor in reshaping the democracy of America.

Indeed, Brenda made a profound statement that "But one thing I would like us to think about today is that, no matter the victories we achieve in advancing access to the right to vote, the history of our country tells us that we are never actually done in fighting for the right to vote."

What is my point? My point is that, for the democracy of every nation to get better, the quest to fight for the right of people to vote, cannot be relegated. That right is not just granted by those who may be benefiting from a system of discrimination.

Again, people with clear conscience, principles and who mean well for the progress of our society, must be bold to fight for the "demos". It is obvious that loud silence is an obstruction to the progress of any democratic dispensation and that point must be emphasised.

In the case of my country, Ghana, today, the issue of the right to vote which has been encapsulated by the 1992 constitution of Ghana is never a gift because of the shear partisan political interest of those in power. Even though, in principle, we agree that the people have the right to vote, some people manipulate the system to deny others their right to vote. A classical instance is the SALL case where more than 20,000 citizens of Ghana were denied their right to elect their representative to the PARLIAMENT OF GHANA in the 2020 Elections.

Indeed, the denial was not an event, it appears a seeming concatenation of many obvious strategies properly so finetuned and executed in the interest of some others, in absolute contradiction to our democratic tenets and our constitution.

The Electoral Commission and its surrogates may not have succeeded in this act of discrimination if people spoke for the people of SALL. Many so called voices of conscience, political parties, CSOs were dead silent. Indeed, that spirit of "Lutherism" was and is still absent.

The people have since been wailing in despair, grumbling in anger and suffocating in frustration. They are also endlessly thinking and asking many questions about their faith now and that the future. They ask themselves, whether they are human beings, whether they are foreigners. Indeed, they ask themselves, what they have done to the rest of the nation to merit this state sponsored discrimination.

Any democrat, any lover of democracy and any voice of conscience can't watch this in silence. Democracies were not built in this manner. We cannot be preaching democracy and practicing dictatorship. No!

In times like this, it is the state that must come to the rescue of the people, where the state fails to offer such a canopic protection, then the state is a "dead" state where the tenets of democracies, values and principles are burried for the celebration of mediocrity, hypocrisy and wickedness. A power of the people must be a power for the people and not against the people.

Those Ghanaians who were denied their right to vote under no fault of theirs, cannot see the existence of any democracy. It also sets a bad precedent. I know one day, the story will be told to their younger generation in anger. What I do not know is whether we will expect them or their generations to speak and extend solidarity, when we are also devoured by the "political vultures." Should they?

Today it may be them, tomorrow it may be ours! No condition is permanent. We must help them out now!

The Village Boy from DBI