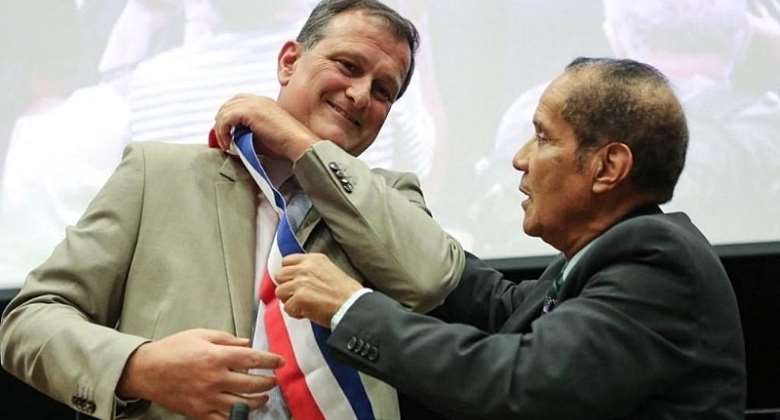 Louis Aliot, the far-right mayor of Perpignan, southern France, has reopened four municipal museums that have been closed since the end of October under the government's restrictions to fight the Covid-19 epidemic.

Following Aliot's announcement on Monday, the police prefecture of the Pyrénées-Orientales department filed a motion with local courts to block the move.

The decision of the Perpignan mayor, a member of far-right National Rally (RN) party, was slammed by Christophe Castaner, lower house leader of the ruling LaREM party, who denounced it as a populist move.

"Louis Aliot wants us to believe that the RN is defending culture by opening museums in defiance of health regulations," Castaner said on Twitter. "But behind this communications exercise, nobody is fooled by the populism of the RN. Culture knows how to protect itself from the extremist virus."

Aliot justified his decision by saying: "Culture is essential to the people of Perpignan, as well as all French people. It is high time to reopen cultural venues. Some people just say it – we have done it," he said.

He said that the four museums would open "in compliance with the necessary sanitary rules", allowing for a distance of 10m2 between people.

The four museums are the Rigaud Museum (fine arts), with an exhibition on the "Queens of France", the Casa Pairal (history of Perpignan and Roussillon), the Puig Museum (medals) and the Natural History Museum.

On Monday, Culture Minister Roselyne Bachelot said that museums and monuments would be the first to reopen "when there is a drop in Covid numbers".

After discussions with around thirty managers of museums, art centres, public and private monuments, Bachelot said they were ready to put tighter health measures in place, such as increased social distancing, to be able to reopen as soon as possible.