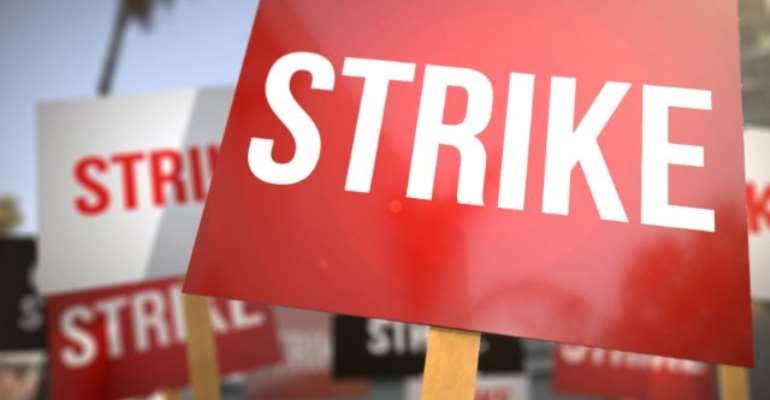 The University of Health and Allied Sciences (UHAS) branch of the Federation of University Senior Staff Association of Ghana have joined their colleagues across the country to embark on a strike in solidarity with demands by the Teachers and Educational Workers Union (TEWU).

Though the leadership of TEWU called off the strike on 19th January 2021, some of its members in some universities have called the bluff of their leadership.

The latest to join the strike action is the University of Health and Allied Sciences chapter of the senior staff members.

In a letter signed the president and the secretary and addressed to the Registrar of the university, FUSSAG stated that “the Executive Committee of FUSSAG-UHAS has decided that all FUSSAG members of UHAS should, from tomorrow, join the ongoing strike action declared by Teachers and Educational Workers’ Union. We, therefore, deem it imperative to inform you of our intention to do so”.

The letter further urged members to “stay home effective tomorrow, 27th January 2021 whiles leadership continues to engage all stakeholders in our bid to address the grievances at stake”.

It would be recalled that members of TEWU declared a strike on January 13, 2021, to object to government’s failure to implement a decision reached on the working condition of members of the Association. 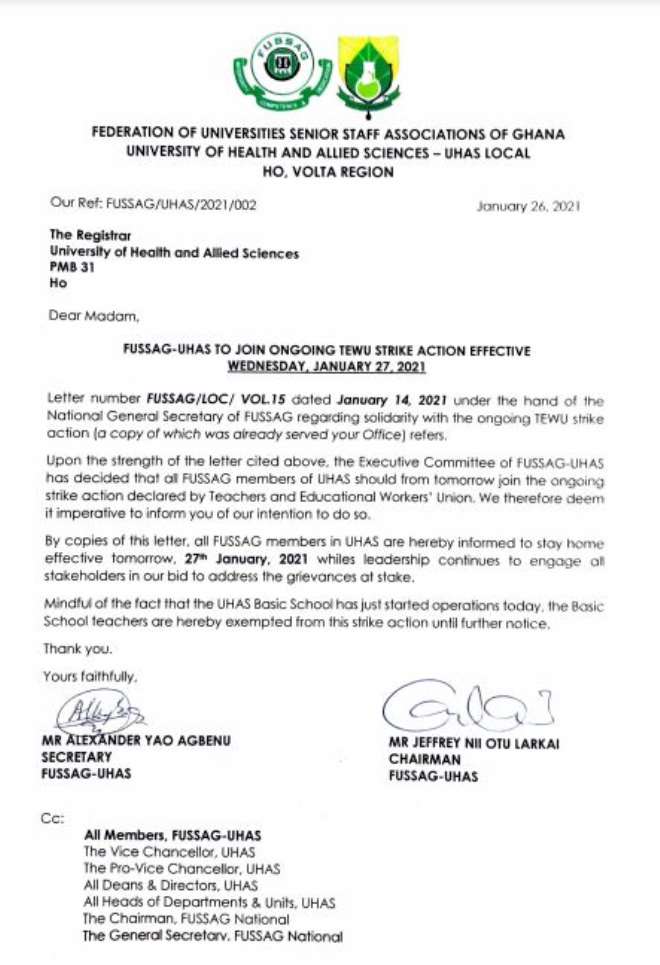