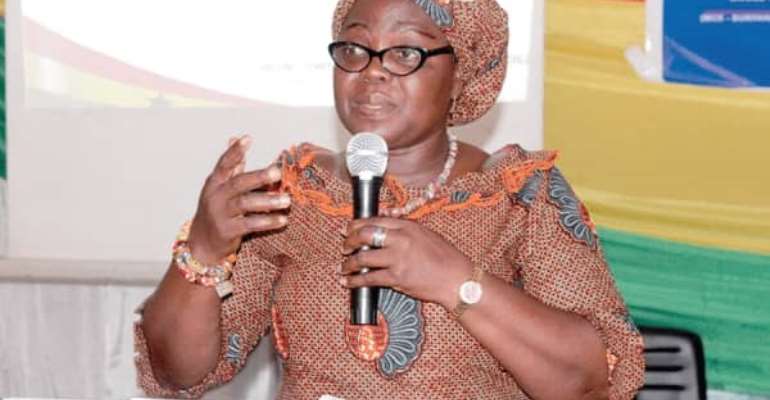 There have been simultaneous jubilation across the Bono region in the past week following the nomination of Justina Owusu-Banahene as the Bono Regional Minister-designate as various groups, organisations and individuals continue to pour in their congratulatory messages and well-wishes for her.

This, perhaps, indicates her high level of acceptability by the vast majority of people in the Bono Region and the New Patriotic Party (NPP).

The Bono Regional Secretariat of the NPP, the Sunyani East constituency office of the party, Concerned NPP Supporters, Bono Youth Forum (BYF), journalists, market women and several others are among the tall list of groups which have officially congratulated Madam Owusu Banahene on her nomination pending parliamentary approval.

In a message signed by the Regional Director of Communications, Asare-Bediako Seth, the Regional Secretariat of the ruling party averred that Madam Owusu Banahene’s in-depth knowledge and rich knowledge and experience in change management, organisational management, policy formulation and team work will go a long way to advance the course of the NPP and Ghana at large.

“We have no doubts whatsoever that you will find favour with the vetting committee of Parliament, and we pray that your future tenure of office as Regional Minister will engender greater confidence between the Chiefs and people of the Bono region and the New Patriotic Party in order to guarantee the requisite ambience needed for accelerated development of our administrative region”, the message added.

For its part, the Sunyani East constituency office of the NPP described her nomination as “a victory not only for yourself but for the teeming party people who have been yearning for your leadership style and quality.”

The Office further said “having worked with you for a couple of years now, we can vouch for your humility, modesty, respect, sincerity, selfless dedication and commitment to duty and to the course of the Party.”

In separate interviews, most residents in Sunyani, the Bono regional capital, could also not hide their joy for the elevation of their Municipal Chief Executive.

Market women and traders in the Sunyani Central Business District (CBD), in particular commended President Akufo-Addo for selecting Madam Owusu-Banahene as their next regional minister saying “she really deserves the appointment because she is a woman of substance and has quality leadership skills.”

Mr. Peprah, who is also the Bono Regional Secretary of the Ghana Journalists Association further intimated that “Madam Owusu-Banahene is truly an in-born leader, with graceful features, and a youthful beauty, which made her look younger than her age, but wiser in wisdom.”

Justina Owusu-Banahene (a.k.a. Awo) a 51-year old politician, a Methodist and educationist is the current Municipal Chief Executive for Sunyani. She was born on April 02, 1970 in Atronie near Sunyani.

She was a lecturer at the University College of Education, Berekum until her appointment as the MCE for Sunyani barely two years ago.

Suspend Sammy Gyamfi if he fails to apologize to Speaker, Ha...
26 minutes ago

Shame on you for abandoning post for 3 hours to go drink tea...
30 minutes ago