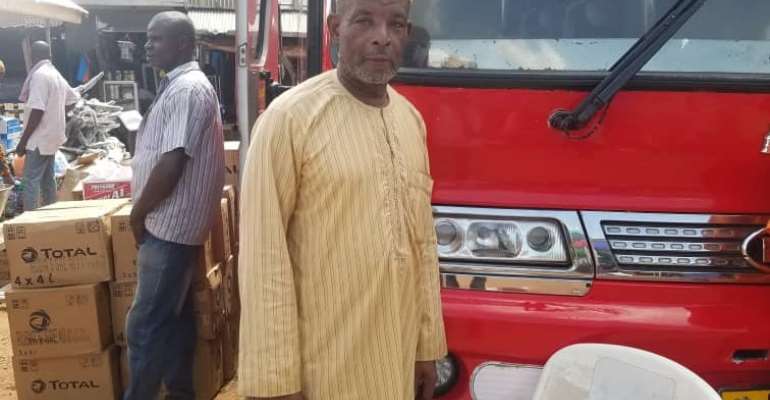 The National Chairman for Alliance of Drivers, Alhaji Siaka Yahaya is unhappy over the rate of armed robberies.

He said the robbers harass drivers who ply the Kumasi-Bawku highways. To curb the situation, he appealed to President Akufo-Addo to increase police petrols on the highways.

In an interview with our correspondent, Alhaji Siaka who also doubles as the Kumasi-Tafo branch chairman of the Ghana Private Road & Transport Union (GPRTU) disclosed that the highway robbers, especially during the odd hours consistently attack drivers and passengers.

According to the chairman, since last year 2020, many drivers have fallen prey to the barbaric and fradly trick of robbers on the road, leading to number of drivers and passengers losing lives, monies and person belongings.

He added that while some of the drivers sustain gun anf cutlass injuries, passengers were also not left out as many lost their live in the process.

The chairman said since the Kumasi-Bawku highways robbery menace is beyond their control, they are passionately appealing for Presidential intervention.

Alhaji Yahaya further praised the Minister for Transport for his reappointment and hoped that he would use his good office to help support the various Transport Unions across the country to acquire buses.

He emphasized that the bank loons they apply to purchase buses attract high-interest rates that makes it difficult to pay it in time.