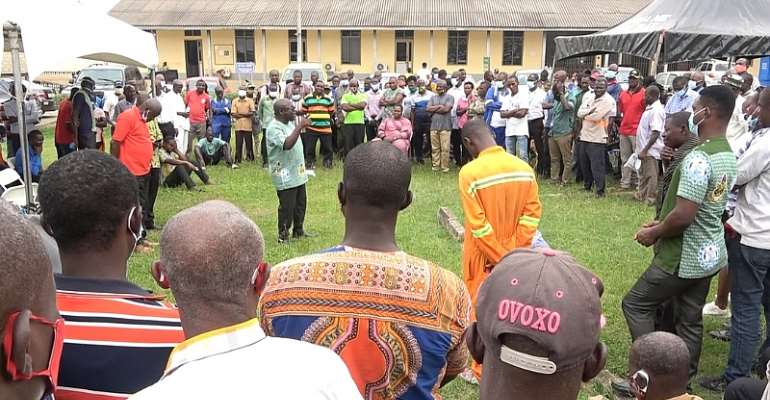 The Kwame Nkrumah University of Science and Technology (KNUST) chapter of the Teachers and Educational Workers’ Union (TEWU) has said meetings with stakeholders over the ongoing strike have ended inconclusively.

The union says it wants more concrete commitment from the government before calling off the strike.

“We have not seen any concrete evidence that will enable us to rescind our decision. As a result, we are still on strike waiting for the government to come out with a clear commitment,” the KNUST chairman for TEWU, Charles Arthur, said to Citi News.

A visit by Citi News to the KNUST campus showed that the university’s activities were not necessarily affected despite the TEWU strike.

The members of TEWU exempted from the strike are security personnel, hospital workers and payroll staff.

But Mr. Arthur said the union could withdraw full services if there is no further progress.

“We may be tempted to review it and if we do that, it will affect the running of the university, so we are saying the government should do its best in ensuring it will give us a concrete commitment,” he said.

The government and TEWU had come to an agreement to work on their risk allowance, promotion, and non-basic allowance.

TEWU had been in talks with the Fair Wages and Salaries Commission since June 2019 on the Review of the Conditions of Service for Unionised Staff of the Public Universities which expired in 2008.