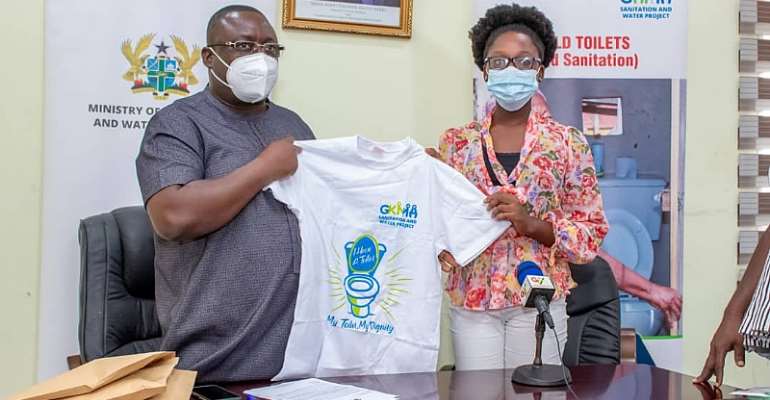 “We will support you to successfully implement your bahviour change activities and also support you to provide one modern school toilet facility in either Accra or Kumasi,” he said.

He noted that the objectives of the organisers of the Triple S Challenge - World Vision Ghana and Kings Hall Media - to identify, groom and mentor children to become ambassadors for improved sanitation fall in line with that of the GAMA SWP, which has provided more than 400 modern school toilet facilities and about 35,000 household toilets in the Greater Accra Region.

Mr. Asiedu said this when a delegation from World Vision Ghana and Kings Hall Media, together with Miss Neriah Tettey, a 12-year-old JHS one pupil from Silicon Valley International School in Accra, who has been designated a Child Sanitation Diplomat, paid a courtesy call on him and the management of the GAMA SWP on Thursday, 14th January, 2021.

According to the WASH Technical Coordinator at World Vision Ghana, Mr. Yaw Attah Arhin, the visit was to show appreciation to the Coordinator and management of the GAMA SWP for their support for the Triple S Challenge from launch to the final, through which Neriah, the winner, became the 1st Child Sanitation Diplomat (CSD). “The Project Coordinator himself personally attended the launch ceremony and the GAMA SWP supported in the awards that were presented to the finalists.

Presenting the way forward for Neriah after winning the challenge, the Chief Executive Officer of Kings Hall Media, Mr. Emmanuel Addai, said the winner of each edition of the triple S Campaign shall be designated a Child Sanitation Diplomat who will be promoted as a high-profile personality in society.

He added that the CSD would then use his/her high profile to influence the behaviours of Ghanaian children and also influence government policy in favour of improved sanitation through a one-year campaign.

Mr. Addai stressed that the organisers had therefore supported the current CSD to develop the NERIAH SANITATION PROJECT, which combines behaviour change and policy-influence activities in both liquid and solid waste management with emphasis on ending open defecation and promoting waste segregation.

The Triple S Challenge is an annual sanitation-related competition among school children in Ghana with the aim of identifying children and grooming them to become ambassadors for improved sanitation. Organized by World Vision Ghana and Kings Hall Media, the first edition, which was supported by the GAMA SWP and the Zoomlion Foundation, was held between September 2019 and August 2020. In the first round, contestants were made to write an open letter to the president of Ghana, informing him of the poor sanitation situation in and around their school, and proposing to him, sustainable solutions to the identified challenges. The best ten essays from the 196 entries nationwide were selected to participate in the second round, where they were made to verbally defend their essays to a three-member panel of judges. Four best contestants were then selected for the grand finale, which was telecast live on GTV through the flagship ‘What do you Know’ programme.

My Arhin disclosed that the second edition of the Triple S Challenge would be launched by the middle of February, 2021.

Below is photos of the courtesy call: 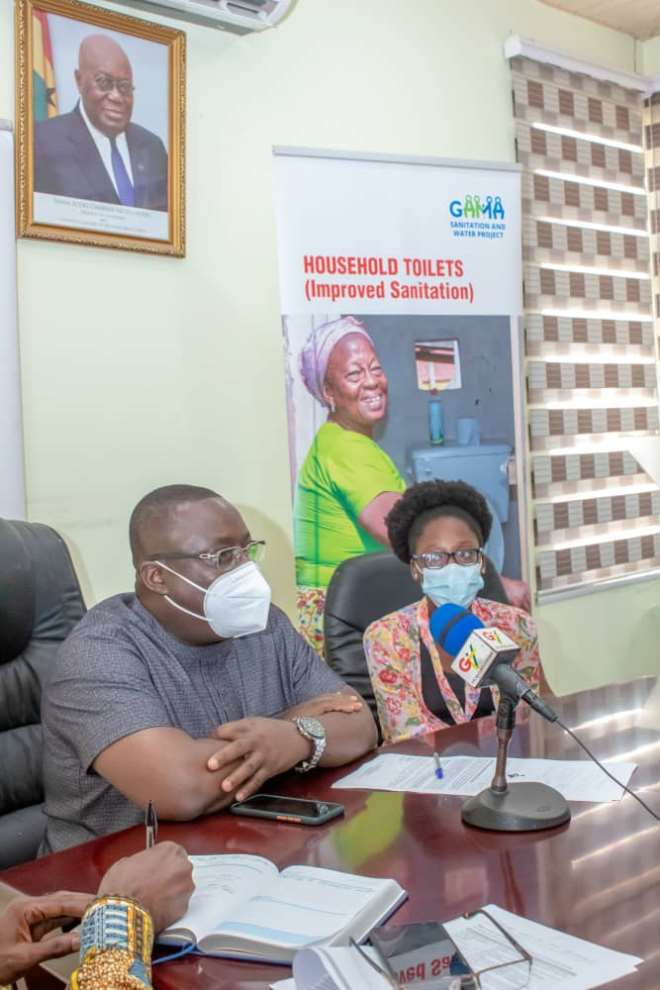 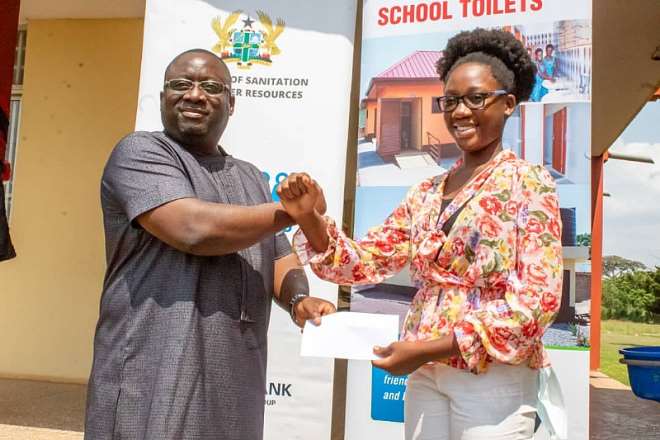 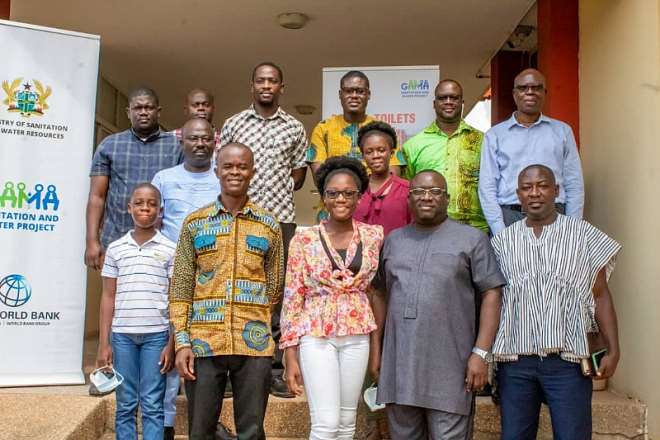 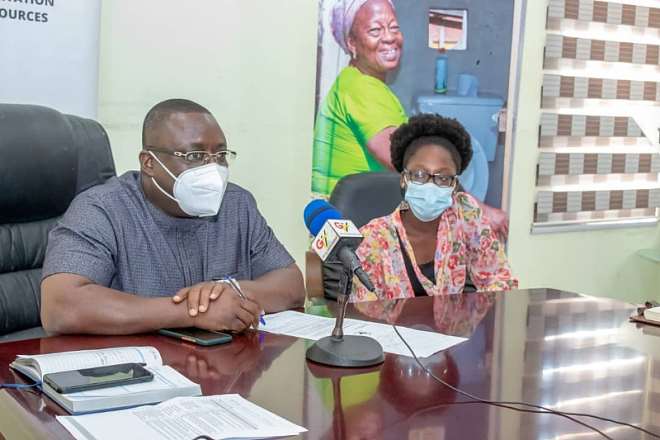 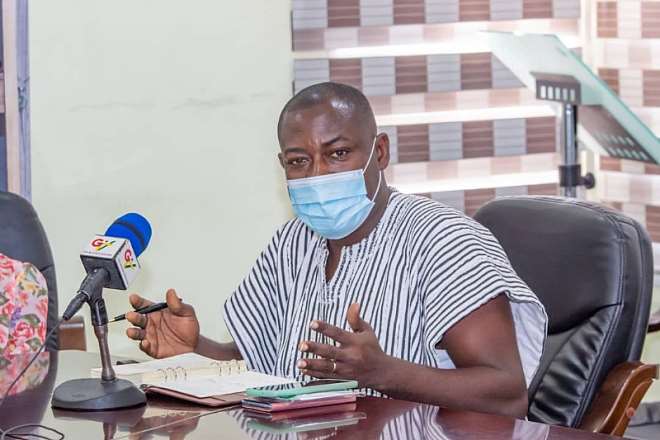 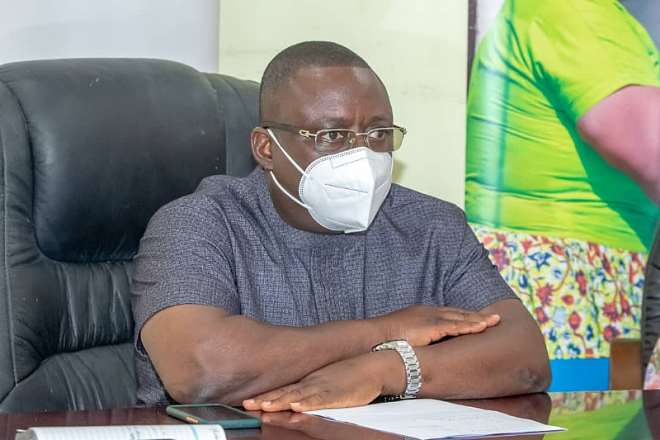 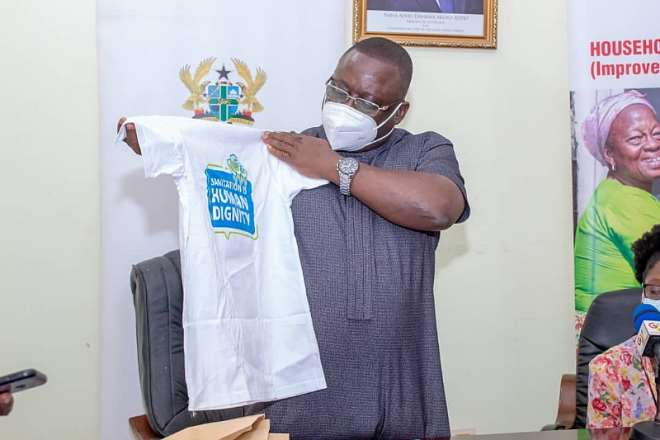 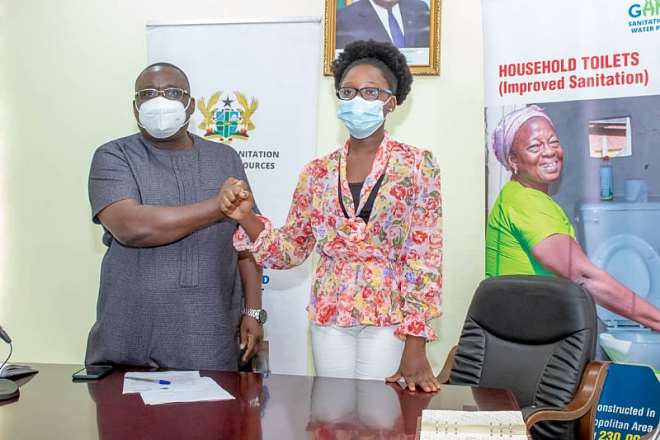 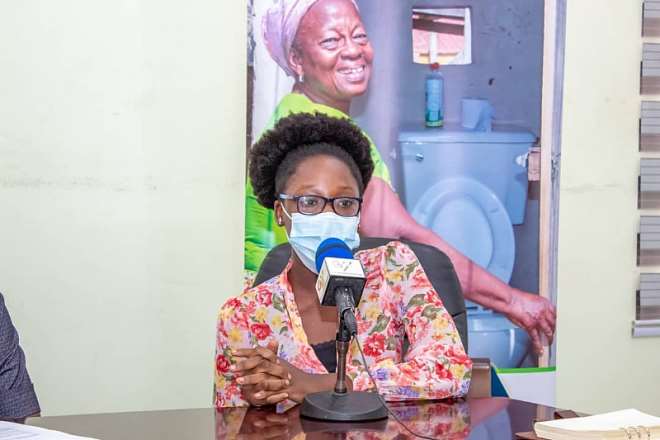 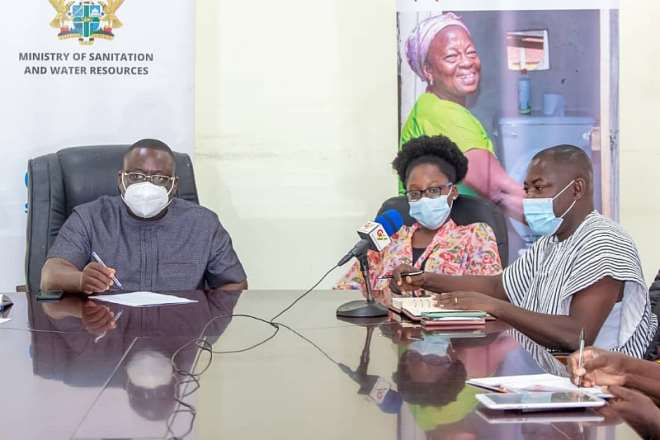