Two grabbed for attempting to smuggle narcotics into Ankaful Prison 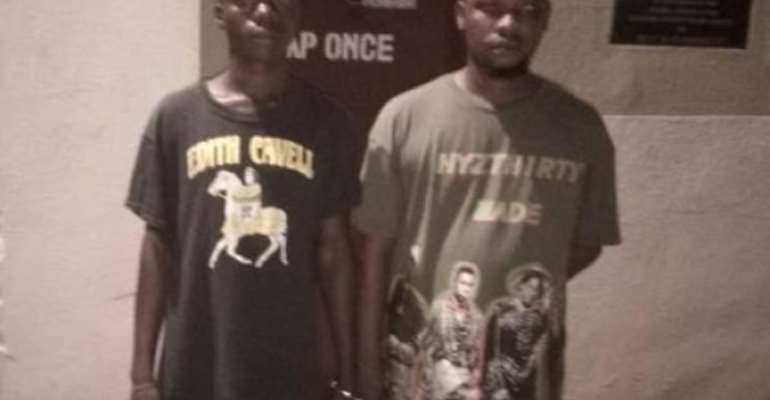 The Police in Elmina in the Komenda-Edina-Eguafo-Abrem (KEEA) Municipality have arrested two persons who attempted to convince a Prison officer to smuggle suspected narcotics into Ankaful Maximum Prison.

The suspects are Nana Yaw, 28, and Opiah Mensah, 17, both unemployed.

Superintendent Vincent Ziniel, the Central Regional Public Relations Officer (PRO) of the Ghana Prisons Service, confirmed the arrest in an interview with the Ghana News Agency on Tuesday.

He explained that the two unemployed suspects had contacted a Prison Officer of the Ankaful Maximum Security Prisons to convince him to smuggle the substance into the prison yard.

It was to be given to an inmate by name, Kwasi Boakye who is currently serving a 45-year prison term.

The PRO hailed the said Prison Officer who disclosed the deal to his superiors leading to the arrest of the suspects at a guest house at Abiee, a community near Ankaful on Saturday, January 9.

The suspects have been placed in custody at the Elmina Police station while investigations continue.

The PRO cautioned all people with such intents to rescind their decision or face the full rigors of the law when caught.

"Anyone, particularly inmates who think they can connive with officers to perpetrate such crimes will have to reconsider their actions," he warned.