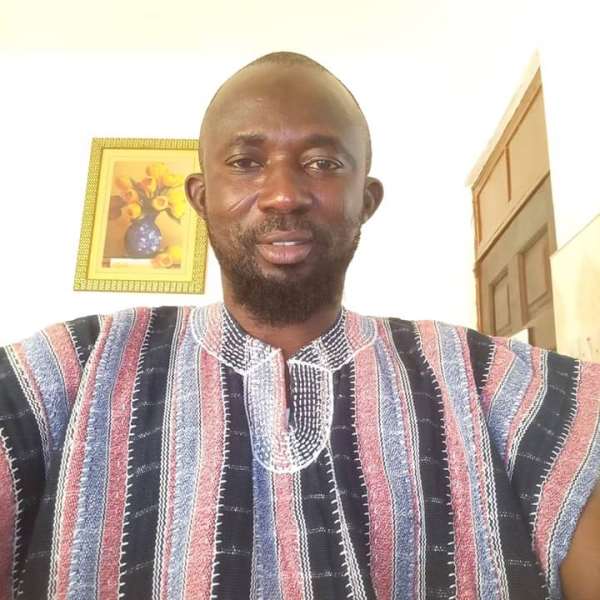 It is with great concern that we the youth activists of the Binduri Constituency put together this epistle to rally support for the retention or promotion of the Binduri District Chief Executive, HON. AYINGA ABAGRE YAKUBU.

Binduri Constituency is constituted by 12 Electoral Areas and 87 Polling stations. The undersigned signatories are drawn from all communities of the district, symbolising a common call for a common course for the common good of the Chiefs and people of Binduri. We are justified by this courtesy following the impeccable work of the current District Chief Executive who has just ended his 4 year mandate.

This gesture if done on him wouldn't just be an honest honour onto him as an individual but an honest honour onto the chiefs and people of Binduri and its entirety. Also, it would have been an honour to hard work and therefore an encouragement to we the youths of the great New Patriotic Party that the NPP as a party honours hardworking and sacrifices.

Politics, we believe is about numbers. A greater proportion of the numbers culminate in the expected victories onto victories. We believe also that the Hon. Ayinga Abagre Yakubu since his appointment as the District Chief Executive of Binduri has been the fulcrum of political gains in the constituency. This can be attributed to his open door policy he adopted as he welcomed several youth groups in the district.

He was more or less the 'youth's man' and the easygoing personality. His message, as he attended many of the youth's meetings was one of encouragement, motivation and assurance to them to move out to campaign and project the name NANA AKUFO-ADDO and the Parliamentary Candidate, Hon. Abanga Abdulai.

Unlike other Districts, Hon. Ayinga Abagre Yakubu had a great collaboration and cooperation with the Party's candidate to push a common agenda in the interest of the NPP. Hon. Ayinga Abagre Yakubu manifested himself as the grassroots leader who understands his game and thus became a thorn in the flesh of the NDC members in the constituency who for once never thought that they could face such a compelling situation in their comfort zones. His strength and strategy was one of coexistence and socialisation.

As a man of the people, he behaved himself well, recogning the fact that Binduri has a very heterogeneous population and Housing and therefore meticulousness was key in promoting peace and unity among the citizens. In this respect, he managed to bring the different ethnic communities and everybody under one roof through the spirit of oneness and common purpose.

This he did immediately he assumed office as District Chief Executive. Following from this, he was able to dissolve many party factions within his party the NPP and this enabled him and the party's candidate to focus more on membership driven agenda. Research has shown that in today's Upper East Region, the members of NPP in Binduri constituency can pride themselves in being the constituency without divisions nor infighting in the runner up to the general elections.

Hon. Ayinga Abagre Yakubu is a political strategist and an astute political organizer. This learns credence to his footsoldierism and experience as a former Constituency Chairman of the party. As a precondition to delivering the expected results of the just ended election, Hon. Ayinga Abagre Yakubu commissioned a research team with the simple but complex task of whether or not H.E. Nana Akufo-Addo and the Parliamentary Candidate will win in the December 7 polls in the district.

Following the outcome of the research report, he immediately launched his campaign early enough to target areas he assumed as weak spots for the NPP and this actually yielded the desired results as the voting patterns manifested an increment. Hon. Ayinga Abagre's major strength as alluded to earlier is his ability to relate with the people, in particular the opinion leaders, Chiefs and elders of the various communities across the district. He made routine trips to these leaders and marketed to them government's efforts in developing the district.

We are proud young men and women of the Binduri state and very much optimistic about the leadership prowess of the Honourable District Chief Executive, Hon. Ayinga Abagre Yakubu. Politics it is thought to be, is all about development and decisiveness in the lives of people.

This Honourable man that we support today has shown his love and enthusiasm for progressive society and as tomorrow's people we find a consolation in him and feel the edge to let the President know that if all other people in the Upper East Region have failed him, the chiefs and people of Binduri, because of the hard work of Hon. Ayinga Abagre Yakubu, have not let him down. Hon. Ayinga Abagre Yakubu has done a great job in the area of our roads, education, health, agriculture, water and sanitation, security, local economic development and energy, and many more, all in fulfillment of central government policies. Evidence of many of these developmental projects are listed below:

✓ The bridge on the Gotesaliga-Kpukparigu river. Ongoing.

✓ The rehabilitation of the Tambiigu-Agumsi road. Ongoing.

The following communities have been connected to the national grid:

In view of the above mentioned details of development projects embarked upon by the Hon. Ayinga Abagre Yakubu, we are convinced that he deserve a commendation and for that matter a promotion for good work done. The ultimate objective from day one of his induction into office since 2017 was to deliver the seat to the NPP and increase the popular votes in favor of the NPP in the district and he has achieved that in distinction. We are also of the conviction that such a gesture extended to Hon. Ayinga Abagre Yakubu will mean a promotion to do more for the people of Binduri. We therefore append our signatures to this statement as a support and a clarion call to you Mr. President to consider this hardworking individual for promotion as an honor that you respect hard work and sacrifice.

God bless us all