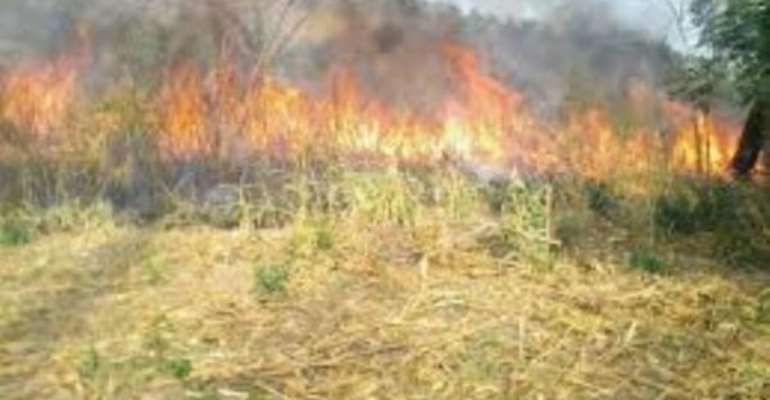 The Regional Command of the Ghana National Fire Service (GNFS) has said the Central Region recorded more bushfires last year than in 2019.

In all, the Service in 2020 responded to 611 fire incidents, including domestic fires as against 492 the previous year, an increase of 119 per cent in the incidents recorded.

Assistant Division Officer (ADO) II Abdul Wasui Hudu, the Regional Public Relations Officer (PRO) of the GNFS, who made this known in an interview with the Ghana News Agency, explained that 166 of the total were domestic fires and 65 commercial fires.

He said the Service planned to engage most communities and local authorities on bush burning in the Region to reduce the bushfire cases recorded each year.

ADO II Wasiu Hudu expressed worry over the continuous increase in bushfires saying, the figures were in contrast to the vigorous public education by the Service.

In this regard, he advised Ghanaians to take precautionary measures to prevent fire outbreaks as many of the bushfires could be prevented and urged the public to call the Service during fire outbreaks.

On education, he said, ''the more urbanize a place become, the more difficult it is to carry out face to face education.”

Consequently, the Service was developing short videos to educate the public through social media.

He said the Service would continue to institute fire safety response measures to act swiftly during an outbreak.

Our leaders should swear with eggs that they’re against LGBT...
46 minutes ago