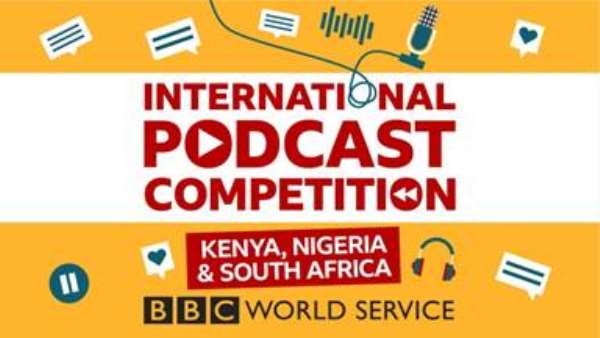 The BBC World Service has announced a brand new daily news podcast for Africa, more episodes of The Comb podcast, and launched a new podcast competition open to residents in Nigeria, Kenya, and South Africa.

Africa Daily will be a deep dive into the news stories shaping Africa, one question at a time. Presented by Ugandan journalist Alan Kasujja, and released each weekday morning, Africa Daily will zoom in on one single story, providing context and depth to the issues shaping the continent.

This is a podcast about Africa, for Africa and host Alan Kasujja will be in conversation with those at the heart of the story. Africa Daily is produced by the team behind Newsday – the BBC World Service’s flagship breakfast news radio show.

The new daily podcast follows the launch in 2020 of our weekly podcast for Africa, The Comb. It is back this month after a short break, with more episodes combing the continent for stories about the unseen forces that bind us together and tear us apart.

Alongside the two new podcasts, each weekday, Africa Today will continue to summarise all the top news stories from the BBC Africa radio programme, Focus on Africa.

The BBC World Service is also launching its first international podcast competition. In 2021, the competition will be open to residents in Nigeria, Kenya and South Africa. The winning entry will be turned into a new podcast, hopefully to be launched later in 2021. The competition, which launches 5 January and closes on 22 January, is open to aspiring audio hosts and producers who are not broadcast professionals and don’t already have a credit on a commercial podcast. We’re looking for a brilliant idea for a podcast, in English, which will appeal to listeners in Africa and throughout the world, and we’re especially interested in stories that will resonate with women.

Mary Hockaday, Controller, BBC World Service English said: “The podcast market is beginning to take off in Africa, and the BBC World Service is really keen to explore how podcasts can help us bring the BBC’s impartial journalism to new audiences in a style that’s more informal and conversational.

Each day, Africa Daily will put a spotlight on a single news story that’s dominating headlines, and once a week, The Comb will continue to unearth fascinating stories from across the continent. And we’re thrilled to launch a podcast competition to discover new talent and unheard voices and offer the chance to have your idea turned into a chart-topping podcast. If you’re based in Nigeria, Kenya, or South Africa and you’ve got a brilliant idea for a podcast we absolutely want to hear from you!”

Get your news fix, one story at a time. Each weekday, Africa Daily will take a deep dive into the news stories shaping Africa, one question at a time. In each episode, we’ll ask one single question about one story shaping the news that day in Africa, to provide context and depth to the headlines and reports across the continent. Host Alan Kasujja will be in conversation with great interviewees: whether they’re the people living the story, or the reporters following events on the ground, African voices are at the heart of each episode.

Africa Daily is produced by the team behind Newsday – the BBC World Service’s flagship breakfast news show aired Monday to Friday on the BBC World Service radio. A version of the podcast will be aired each morning on Newsday between 0500 and 0600 GMT and is available to partner radio stations across Africa.

In 2021 the BBC World Service’s new podcast competition is open to residents in Nigeria, Kenya and South Africa, and the aim is to open the podcast competition to different countries in subsequent editions of the competition. To apply, entrants will need to complete an online application form with a summary of their original podcast idea and upload a 2 minute piece of audio in which they describe what makes it distinctive.

Got an idea for a podcast?

Aspiring audio hosts and producers based in Nigeria, Kenya, and South Africa are invited to submit their proposal for a podcast here: https://www.bbc.co.uk/send/u64076462

The competition opens 5th January and the closing date for submissions is 13 GMT, January 22nd 2021.

The competition will have a three stage judging process.

Kim Chakanetsa, Host of The Comb, the BBC World Service weekly podcast for audiences in Africa

Odudu Efe (FayFay), Founder of the Naija Podcast Hub (based in Nigeria)

More about The Comb

The Comb launched in 2020 as a new weekly podcast for young listeners in Africa which combs the continent for the stories that matter. Presented by Zimbabwean journalist Kim Chakanetsa it unearths surprising, fascinating and relevant stories, and doesn’t shy away from tackling tough subjects. Returning from its scheduled break on January 8th, episodes will include a look at ‘black tax’ - the expectation for many young professionals to share their salaries to support family, the taboo around speaking about abortions in Kenya, and the EndSARS movement in Nigeria. Other episodes will look at climate activism, organ donation, and young people from the diaspora who are ‘shipped’ back to their native countries. The Comb is made by the team behind the continent’s leading radio brand, BBC Focus on Africa - known for its unrivalled coverage of the continent.

The BBC also has the Africa Today podcast, bringing news and analysis on all the day’s top African stories from the BBC’s Focus on Africa team. Episodes released Monday to Friday.

The BBC’s Jon Manel and Sharon Machira – who will be on the judging panel for the podcast competition - can be available to talk about the competition.

Alan Kasujja is a Ugandan journalist who’s been lead presenter on the BBC World Service’s Newsday programme since 2012. He has reported from several African countries and done many documentaries that focus on the continent’s social-economic transformation.

Alan’s journalistic career started in his late teens, when he joined Uganda's New Vision newspaper as a freelance writer and photographer. He began working at Sanyu FM in Kampala in the mid-1990s. He also worked at Capital FM in Nairobi, Kenya, before returning to Uganda to present the Big Breakfast on Capital FM in Kampala. Alan has also made his name as a television presenter – he hosted Uganda's version of Who Wants to be a Millionaire? He also anchored The Fourth Estate, an influential political talk show in Uganda. He spends much of his free time studying Africa’s history, politics, culture and art.

Kim Chakanetsa, host of The Comb

Kim Chakanetsa is an award-winning journalist from Zimbabwe. She joined the BBC in 2013 after working for CNN International and Associated Press. For BBC World Service, she currently presents a show called The Conversation, which brings together women from different countries who have a shared profession, passion or experience. She has also worked on a number of documentaries for the World Service.

What is a podcast?

A podcast is an audio show, which you can download on to your smartphone or tablet and listen to it whenever you like. Podcasts are free from the restraints of traditional radio programmes and can be any length. They often have a personal, intimate tone, as many people like to listen to them on their own with headphones. They can be about anything, and they can be any format - from discussion and debates, informal conversations to investigative journalism and documentaries.

The BBC World Service is a major player in the global podcast industry, with award-winning podcasts like 13 Minutes to the Moon about the Apollo moon missions and Death in Ice Valley which investigated the mysterious death of a woman in Norway in 1970. In 2020, the BBC World Service launched The Comb – a new podcast for young listeners in Africa presented by Zimbabwean journalist Kim Chakanetsa which combs through a different story each week from across the continent.

The Global News Podcast is the BBC’s most successful podcast with 167 million downloads in 2019. Kalki Presents: My Indian Life, with Bollywood actor, Kalki Koechlin, has been reaching young listeners in India. Other notable podcasts include Goodbye to All This, 30 Animals That Made Us Smarter, The Hurricane Tapesand The Bomb.