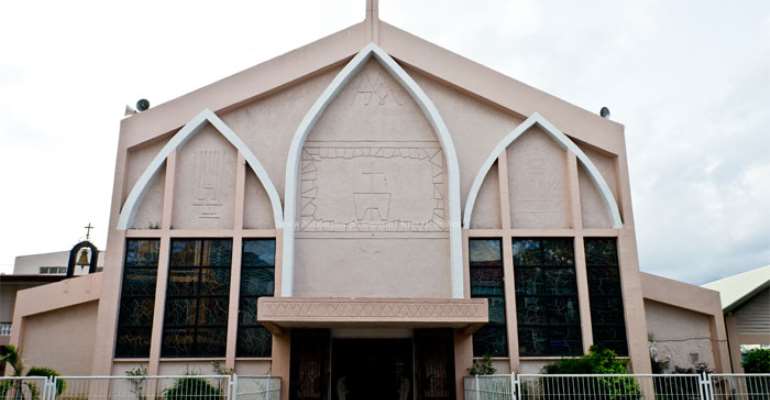 WE DISCUSSED in the previous edition that the God of the Bible is a God of discipline. A good student of the Bible understands that God disciplines those who walk with Him when they disobey His commands, and live outside His will. But God's discipline is not intended to destroy His children, but to heal and reconcile them to Himself. This loving act of God speaks of His ministry of reconciliation.

In an article, Bobby Jamieson writes, “Love is not always nice, kindness is not always indulgent, and tolerance is not always a virtue. 'No' is often the most loving thing a parent or pastor or church can say. And if that 'no' goes unheeded, then it is not cruel but loving to follow God's own example, and obey God's own instructions, by disciplining someone now, in hope that they may be saved on the last day.”

Remember that God is love and so He disciplines those He loves in love. Thus, His discipline is an act of love. This places a great responsibility on Christian ministers, who participate in God's ministry of reconciliation to learn and enforce discipline in the Church without fear or partiality. The writer of the book of Hebrews reminds us about how God disciplines His children:

“And have you forgotten the exhortation that addresses you as sons? 'My son, do not regard lightly the discipline of the Lord, nor be weary when reproved by him. For the Lord disciplines the one he loves, and chastises every son whom he receives.

“It is for discipline that you have to endure. God is treating you as sons. For what son is there whom his father does not discipline. If you are left without discipline, in which all have participated, then you are illegitimate children and not sons. Besides this, we have had earthly fathers who disciplined us and we respected them.

“Shall we not much more be subject to the Father of spirits and live? For they disciplined us for a short time as it seemed best to them, but he disciplines us for our good, that we may share his holiness. For the moment all discipline seems painful rather than pleasant, but later it yields the peaceful fruit of righteousness to those who have been trained by it,” (Hebrews 12: 5- 11).

Now, it is sad that most ministers today refuse to preach and practise the whole counsel of God as the first century disciples of Christ did. Paul, the apostle, teaches that all Scripture is useful for teaching, rebuking errors, correcting faults…” (2 Timothy 3: 16). But today, correction of faults and rebuking of errors are regarded by many as criticism and judgment. Most Christians including leaders resent correction or discipline aimed to restore straying believers to their place in Christ.

The failure to enforce Church discipline is one of the main reasons sin is rife in the Church today. This is because everyone lives as they please. But this is not what the Church of Christ should be. Jesus Christ teaches that, “If your brother sins, rebuke him, and if he repents, forgive him…” (Luke 17: 3). And so when Peter, the apostle, committed a sin of hypocrisy, Paul would not keep quiet over it. Paul, a 'junior apostle' rebuked Peter, a 'senior apostle' in ministry.

“But when Cephas (Peter) came to Antioch, I opposed him to his face, because he stood condemned…And the rest of the Jews acted hypocritically along with him, so that even Barnabas was led astray by their hypocrisy. But when I saw that their conduct was not in step with the truth of the gospel, I said to Cephas before them all…you…live like a Gentile and not like a Jew.” (Galatians 2: 11-14).

We can learn from Paul's teaching that a Christian must conduct himself in step with the truth of the gospel of Christ. So, Paul, a 'junior apostle' had no problem rebuking Peter, a 'senior apostle' for his hypocritical conduct. This forms part of church discipline. But then, if Paul did that to a senior minister today, he would have been cursed and told, “How dare you junior minister say that to me, a senior apostle, Apostle General, Archbishop or Most Reverend!

“What do you know? And where were you when we were walking with Christ personally? Where were you when Christ was transfigured in my presence? Where were you when I received the power of the Holy Spirit after which I preached the gospel powerfully, leading to the salvation of 3000 souls in a day? Respect spiritual authority, and shut your mouth when you see me sin or else…!”

But the Bible is silent on Peter uttering any of such words to agree or disagree or defend himself. He simply remained quiet, obviously realising, admitting and repenting from his error. In fact, those were humble disciples of Christ who understood rebuking, repenting and forgiving as part of showing Christ-like character in a world of sin.

Clearly, both Paul and Peter understood that open rebuke was better than hidden love (Proverbs 27: 5). Like Jesus, Paul and the other Apostles did not countenance indiscipline, sin or hypocrisy in the Church. If someone went wrong, they would not keep quiet over it, cover it up, and shield the offender. They would take action there and then. The offender would be exposed, corrected or rebuked to serve as a deterrent to others.

“Do not admit a charge against an elder except on the evidence of two or three witnesses. As for those who persist in sin, rebuke them in the presence of all, so that the rest may stand in fear. In the presence of God and of the elect angels I charge you to keep these rules without prejudging, doing nothing from partiality” (1 Timothy 5: 20- 21).

There is no doubt that Paul's charge to Timothy is a charge to us all also. Mature Christian ministers have a responsibility to judge, rebuke, correct and restore straying members of the Church. It is God's duty to judge unbelievers. It is for this reason that Scriptures admonish ministers to live above reproach, thereby making them fit to enforce discipline and not to cover up wrongdoing in the Church. Covering up wrongdoing is not love. And anything that is done outside of love is a sin.