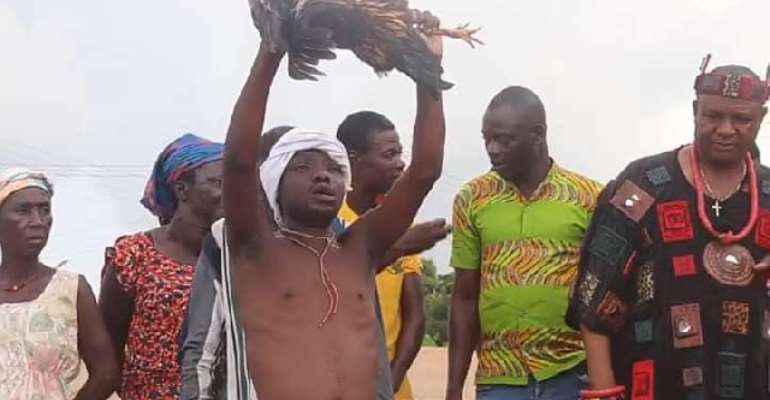 Traditional leaders from Fievie, Sokpoe, Agave, Vume and Tefle in the South Tongu District of the Volta Region on Tuesday, 3 December 2020 offered sacrifices and prayers to the gods of their land for a peaceful 7 December 2020 polls.

The traditional leaders, led by Togbe Aklalo of the Fieve traditional area sacrificed animals to the gods and performed rituals at the Akalo Kpornu shrine at Fieve, a suburb of Sogakope to avert any evil event that may mar the elections.

According to Mama Ku Agbi II of the Fievie traditional area, who spoke to the media, it was necessary for them to offer the prayer and sacrifices due to the rising tension in the country ahead of next week’s tension.

She explained that: “The aim of this prayer is to call on our ancestors to support, to guide and to help us through this moment of the election –before, during and after the election”.

“If we all listen very well to things that are happening in the country, it doesn't look like we have the peace that we were enjoying before this period.

“That is why we are calling on our ancestors to intervene and calm all nerves and to make sure that they maintain and sustain the peace we have been enjoying all this while.”

The traditional leaders also invoked curses on any person or persons who would go contrary to the laid-down rules set by the Electoral Commission (EC) and the security services for the conduct of the polls.